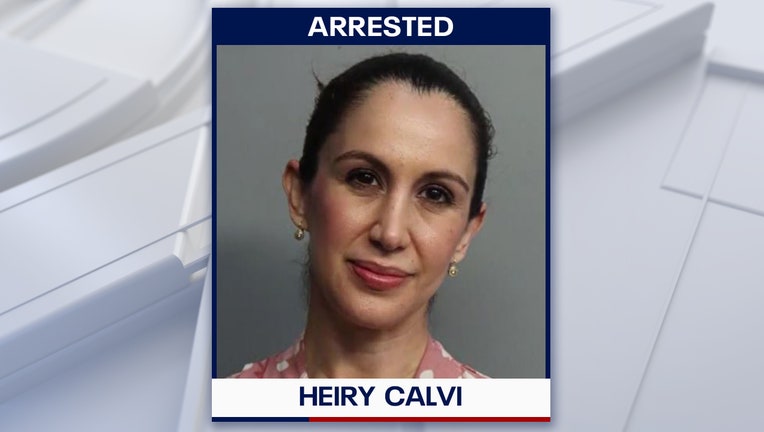 DORAL, Fla. - Police in South Florida say a teacher who was arrested after she was accused of having a sexual relationship with a teenage student is pregnant.

Miami-Dade Schools police said they began investigating 41-year-old teacher Heiry Calvi back in March after students came forward, telling authorities that the 15-year-old student was showing off videos of himself having sex with Calvi.

That's when Doral police got permission to search the teen's cellphone, where detectives found photos of the two naked, along with text messages between the teen and Calvi where they expressed their love for one another, WSVN reports.

"There were photographs that were certainly inappropriate, that indicate that there was in fact an inappropriate relationship," Doral police spokesperson Rey Valdes told the station.

Investigators said Calvi and the teenager first became close when she began tutoring him at his house last year.

According to WSVN, Calvi taught at John I. Smith K-8 Center in Doral, near Miami, but has not been there since March. Though she was arrested on Friday, Miami-Dade County Public Schools said she was removed from the school immediately after officials learned about the allegations.