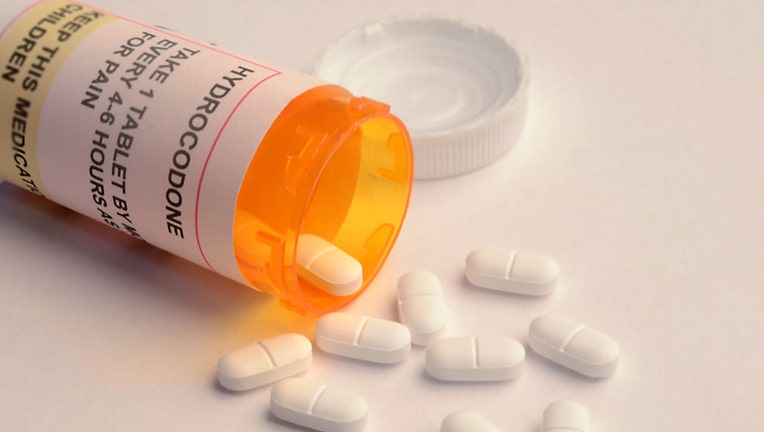 Close-up of an opened prescription bottle, labelled as containing the opioid hydrocodone, as a number of its pills lie on a white surface, March 14, 2017. (Photo by Tom Kelley/Getty Images)

Republican Gov. Ron DeSantis announced the lawsuit against the U.S. Department of Health and Human Services and Food and Drug Administration at a news conference.

"Florida has been ready to deliver cheaper prescription drugs to those that need them for nearly two years," DeSantis said. "The lack of transparency by the Biden administration during the approval process, and failure to provide records on the importation proposal, is costing Floridians who are facing rising prices across the board due to inflation."

The U.S. pharmaceutical industry for years has faced complaints over high prices and has been able to successfully lobby against proposals to import drugs at lower costs. Critics have argued importing drugs could lead to risks of counterfeit or ineffective medications that would be difficult for American governments to regulate.

Democratic President Joe Biden has backed such importation programs as a way to lower prices, signing an executive order in 2021 that directed the FDA to work with states on developing proposals to ship drugs to the U.S. under federal law.

Under President Joe Biden’s landmark Inflation Reduction Act signed into law earlier this month, the federal government is set to gain the power to negotiate lower drug prices for seniors in Medicare. The savings will only apply to a handful of drugs starting in 2026, but it represents a breakthrough in efforts to bring down drug prices. That and other cost-saving measures in the law could reduce demand for less expensive imports from Canada.

Florida’s Republican-controlled Legislature approved the state’s importation program in 2019, but it requires approval from federal health officials before it can take effect. The state estimates taxpayers could save up to $150 million annually under the program, with supporters saying the drugs would still need to meet FDA standards and that 80% of drug ingredients used in the U.S. are foreign-made now.

In its lawsuit, Florida wrote that the FDA has asked for several minor clarifications to the state’s proposal and alleged the agency is "dragging its feet and protecting big pharmaceutical companies."

"Given the near-universal support for programs like Florida’s, it seems the FDA’s reluctance to approve Florida’s SIP Proposal is a nod to the large pharmaceutical companies that oppose these importation programs because they yield increased competition and lower prescription drug prices," the lawsuit reads.

The federal lawsuit, filed in Tampa, asks the court to rule that the FDA and HHS have delayed Florida’s proposal and to force the agencies to make a determination on the plan.

The drug industry lobby, Pharmaceutical Research and Manufacturers of America, which had opposed Florida’s importation plan as unsafe, did not immediately return an emailed request and voicemail seeking comment Wednesday.