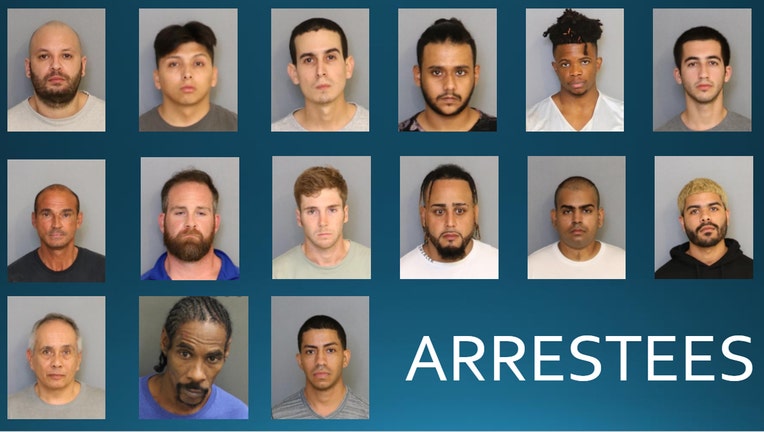 OSCEOLA COUNTY, Fla. - The Osceola County Sheriff's Office said that 15 people were arrested in an operation that targeted offenders attempting to have sex with minors they met online.

They said that the operation ran between January 9 and January 12 and was titled 'Operation Hindsight 2020.' The Sheriff's Office led the operation with the help of 60 other local, state, and federal agencies in Central Florida. It targeted online offenders who use the internet and technology to participate in sexual activity with someone they believe to be a minor.

During the operation, deputies said that 15 suspects were arrested. Charges were varied and included Traveling to Meet a Minor and the Transmission of Harmful Materials.

MORE NEWS: 'Get your poison out': Deputies make 3 arrests at Florida drug house