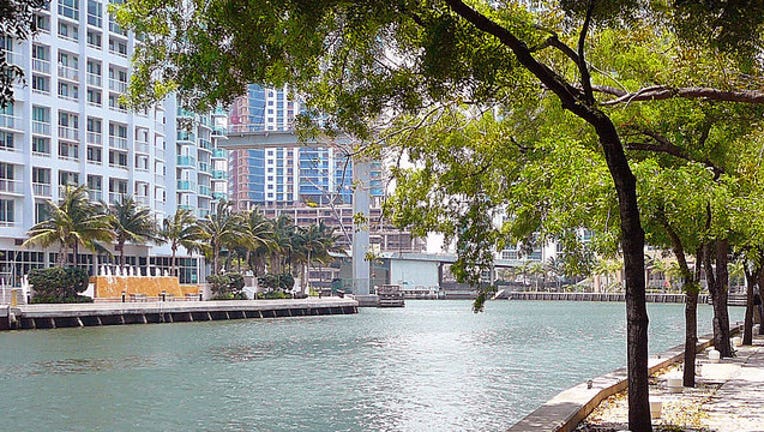 FOX NEWS - MIAMI — Florida has one of the largest illegal immigrant populations in the country and its new governor wants to make sure they don't have protection from local authorities.

Republican Gov. Ron DeSantis is pushing for a ban on sanctuary cities that refuse to cooperate with federal immigration authorities. Several bills making their way through the state legislature would effectively make it against the law for police departments to refuse to cooperate with federal immigration officials. If a law enforcement official refuses, they could be fined or fired.

“This problem that we have right now, is a problem that has been festering in the United States because it has not been solved by the federal government for the past 40 years,” said Florida Republican Rep. Blaise Ingoglia. “Quite frankly, you know since the last mass amnesty, if you will, in 1986 under Ronald Reagan, we were always promised that we would have some sort of... legal immigration reform and it never came.”

It's all an effort by the Republican-led state lawmakers, buoyed by DeSantis, to toughen the rules on illegal immigration. The sanctuary city ban, which passed the Senate Infrastructure and Security Committee, will be voted on by both chambers before May 3.

Florida is home to 775,000 illegal immigrants out of 10.7 million present in the United States, ranking the state third among all states.

Groups who oppose the anti-sanctuary city bill targeting these illegal immigrants say it's unnecessary because the state doesn't even have sanctuary cities.

“Anyone who says that there is a sanctuary city in the state of Florida, especially if they're a policymaker, that would be very concerning to me because it simply does not exist,” said Melissa Taveras, spokesperson for the Florida Immigrant Coalition.

Republican lawmakers don’t agree. They call a handful of cities — including Orlando and West Palm Beach — “pseudo-sanctuary” cities, because they prevent law enforcement officials from asking about immigration status when they make arrests. The City of Miami Police Chief Jorge Colina also criticized the bill, going so far as saying he might quit if he had to check someone’s legal status before helping them.

“There are still people here in the state of Florida, police chiefs that are just refusing to contact ICE, refusing to detain somebody that they know is here illegally. So while the actual county municipality doesn't have an actual adopted policy, they still have people in power within their sheriff's department or police department that refuse to do it anyway,” said Ingoglia.

Some lawmakers claim the bill is pro-law-enforcement. Those against the bill disagree.

The Miami-Dade Police Department said it considered the issue a federal matter, not a local one.

“We remind the community that the enforcement of immigration laws is the responsibility of the federal government and those specific federal agencies, such as Immigration and Customs Enforcement, which are delegated such authority,” the department said in a statement to Fox News.

Taveras said the bills will cause people to be afraid of reporting crimes, causing public safety issues.

“The fear with passage of a bill that requires cooperation with ICE is that many community members will feel absolutely desperate when they finally come into contact with law enforcement, and they'll be fearful to integrate into the community or to report crimes to call for help to testify as a witness, and that the intention of making the state more law abiding with regard to undocumented immigrants, will make it more lawless as large portions of communities hide themselves.

Regardless of how people feel about the bills, both sides said there is a need to fix a broken system.

“I think the message that we could send to the nation is that we really require comprehensive immigration reform be what we're seeing happening at the state level is really not going to help frankly from our immigrant communities and it's happening to help the public at large. You really need comprehensive immigration reform at this point,” said Taveras.