A Florida man spent a month making a wearable puppet out of a giant skeleton decoration from Home Depot. Courtesy Steven Levy via Storyful

DAVIE, Fla. - Home Depot’s 12-foot skeletons were a hot commodity this Halloween season, and Steven Levy knew just what to do with his $300 decoration: make it into a humongous wearable puppet.

In a video recorded in Davie, Florida, Levy walks with the headless giant skeleton attached to his feet.

Another video shows the completed skeleton puppet perched on Levy's shoulders, with a beautiful blue sky and white fluffy clouds behind the massive mass of plastic death.

Levy told Storyful he wanted to do something different with the decoration, rather than just putting it in his yard, and he took videos every week to track his progress.

He said he has been working on this project for a month with the help of a welder, his own creativity, and a desire to do “crazy things.”

Levy said, “I modified it, reconstructed it, and gave him a whole makeover from head to toe where it has now come to life.” 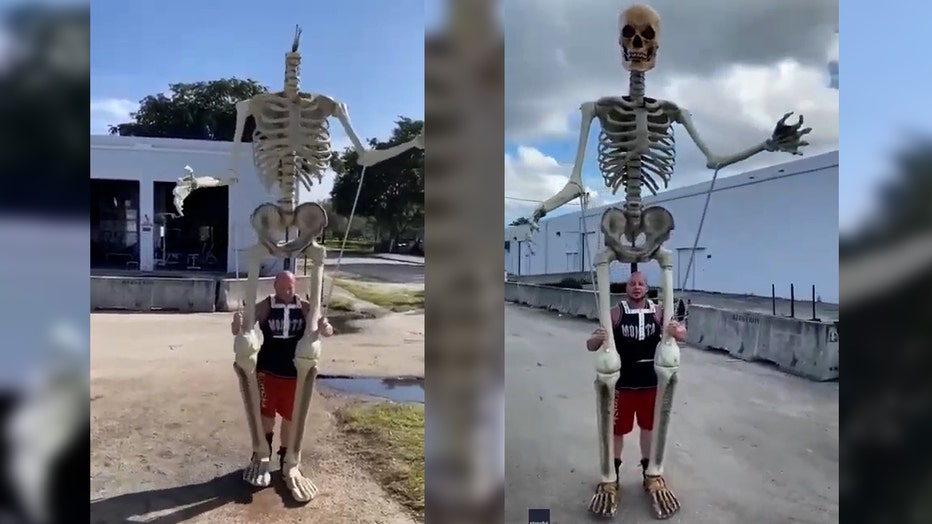