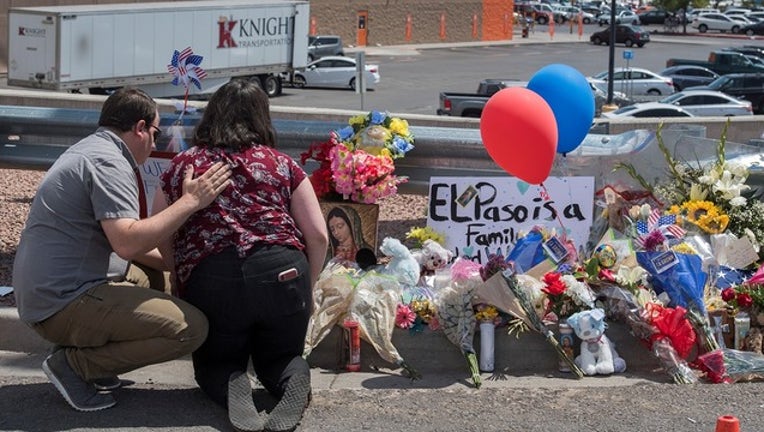 TALLAHASSEE, Fla. (AP) - In a state traumatized by mass shootings, a top Florida legislator urged fellow lawmakers Monday in the aftermath of the Texas and Ohio massacres to explore new steps to curb gun violence such as addressing hate and white nationalism.

Florida was once the epicenter of the debate over guns after shootings at a Parkland high school in 2018 and an Orlando nightclub some two years earlier.

RELATED: Soldier describes carrying children to safety from El Paso mall: 'What I'm supposed to do'

But the state Senate president, Bill Galvano, said weekend shootings that left 31 people dead and many others wounded in El Paso, Texas, and Dayton, Ohio, were "an all-too-present reminder that we have more work to do."

"Senseless acts of violence like we saw across the country over the weekend must stop," he said in a statement, "and that begins with condemning the hate that perpetuates these evil attacks.

With Florida's Legislature set to resume work in committee next month, Galvano, a Republican, called on his colleagues to "better understand the various factors involved in mass shootings." He specifically directed the Legislature's attention to white nationalism, which he said "appears to be a factor not only with regard to these recent mass shootings, but also with other acts of violence we have seen across the country in recent years."

Since the Parkland shootings, the state has raised the gun-buying age to 21, banned so-called bump stocks and allowed law enforcement to bar some people with mental health issues from owning guns. While the state budgeted more on school security, a state grand jury criticized school districts and law enforcement agencies for being slow in implementing some of those measures because of bickering.

With Republicans in charge of both chambers of the Legislature, the governor's mansion and the attorney general's office, gun control advocates say the state's most powerful decision makers still remain too friendly with the gun lobby.

"I do hope they look into these issues, but what's the common denominator? Assault weapons," said Gail Schwartz, who chairs Ban Assault Weapons NOW! Her nephew, Alex Schachter, was among the 13 students and four adults killed at Stoneman Douglas High School on Valentine's Day last year.

Her group is spearheading a campaign to place a ban on assault weapons on the November 2020 ballot. The drive has collected more than 103,000 verified signatures of the 766,200 needed to place the measure on the ballot. Over the past two days, the group said it received about $16,000 in donations from 750 new donors.

Backers hope the national mourning over the shootings in Texas and Ohio will add to the urgency in Florida.

Last week, Florida Attorney General Ashley Moody asked the state Supreme Court to disqualify the ballot measure, arguing that that the proposed ban on assault weapons goes too far in outlawing the possession of all semi-automatic long guns and its wording.

"I am horrified and saddened by the tragic and senseless shootings in El Paso and Dayton," Moody said Monday. "We don't know all the details now, but we do know that we must get better at detecting deranged individuals who intend to do us harm and that's why I have been focused on mental health since day one of taking office in January."

With gun rights under scrutiny, the National Rifle Association has sought to draw attention on mental health issues as a leading culprit in the country's battle against deadly violence.

But Schwartz urged lawmakers to also consider the anguish families like hers have faced.

"Mental health is extremely important but if we really want to do something about the mental health situation, we should stop exposing people to mass shootings," Schwartz said. "I know what those parents and those family members are going through," she said, as she recounted her family's own frantic search for information about Alex on the day of the Parkland shootings.

While some gun control advocates welcomed the overture, they weren't necessarily convinced action would be taken. President Donald Trump called for strengthening background checks, but Brandon Wolf, a survivor of the nightclub shootings that killed 49 in Orlando in 2016, was skeptical.

"We've been here before," Wolf said. "This is a state that has been aptly nicknamed the Gunshine State for a really long time. And that's because we've had a culture of allowing the gun lobby to run things for a long time."