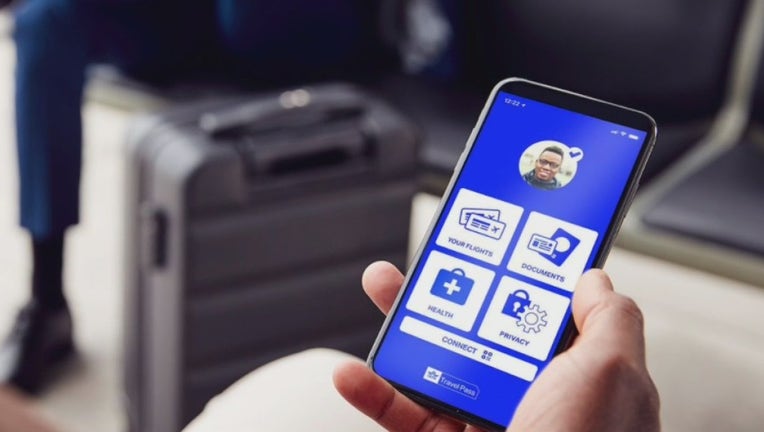 TALLAHASSEE, Fla. - Florida Gov. Ron DeSantis said Monday that he would issue an executive order forbidding local governments and businesses from requiring so-called "vaccine passports" to show proof that customers have been inoculated against the coronavirus.

He made the announcement on a day when more Floridians would become eligible for vaccination and during a ceremony he convened at the state Capitol to sign into law a bill approved by the Legislature on Friday that would bar COVID-related lawsuits against businesses that have made good-faith efforts to comply with guidelines meant to stop the spread of the virus.

While the governor has previously spoken out against "vaccine passports," he said he would take the additional step of forbidding businesses from refusing to serve people who can’t prove they have been vaccinated.

"It’s completely unacceptable for either the government or the private sector to impose upon you the requirement that you show proof of vaccine to just simply participate in normal society," the governor said.

DeSantis, who was joined during his press conference by House Speaker Chris Sprowls and Senate President Wilton Simpson, called on the Republican-led Legislature to send him a measure for his signature that would enshrine the matter into law, but he did not lay out specifics.

The governor has rejected mask mandates and has used his executive authority to preempt local governments from enforcing such measures. He has done so to reopen the state’s economy after much of it was shuttered a year ago to help control the coronavirus outbreak.

More Floridians became eligible for vaccinations on Monday when the state lowered the minimum age to 40. The requirement will be lowered again on April 5 to include anyone age 18 and over, DeSantis announced last week.

As of Monday morning, 5.6 million doses of the three coronavirus vaccines have been administered in Florida, according to health statistics provided by the Florida Department of Health.

DeSantis said allowing governments and businesses to require proof of vaccinations would be "an unprecedented expansion" of public and private power.

But the governor seemed to differentiate between COVID-19 vaccinations and requiring parents to show proof to schools that their children have been protected against other infectious diseases such as the measles, which he called "more problematic."