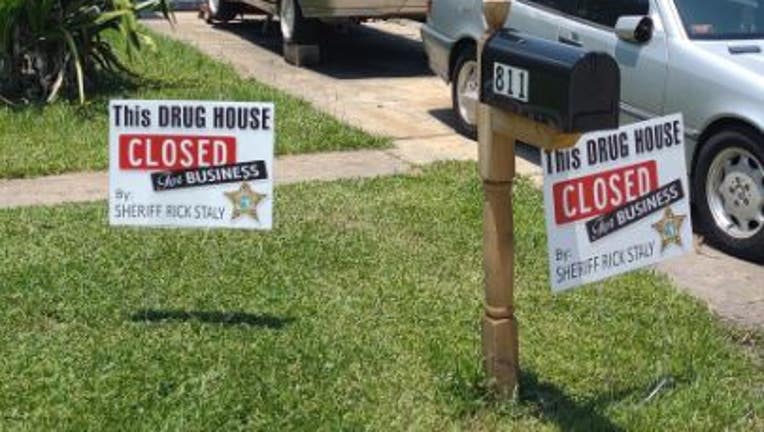 BUNNELL, Fla. - A suspected drug house in Bunnell has been shut down by the Flagler County Sheriff's Office.

According to investigators, the Flagler County Sheriff’s Office, along with the Special Investigations Unit and SWAT, served a search warrant at 811 Hymon Circle. Deputies say they seized approximately nine grams of Morphine, four grams of Methamphetamine, drug paraphernalia and nearly $3,000 in cash.

After the arrest, investigators planted two signs outside the home stating "This Drug House is Closed for Business."

"If you sell poison in Flagler County, your new home will be at the Green Roof Inn after a visit by our SWAT team," Sheriff Rick Staly said. 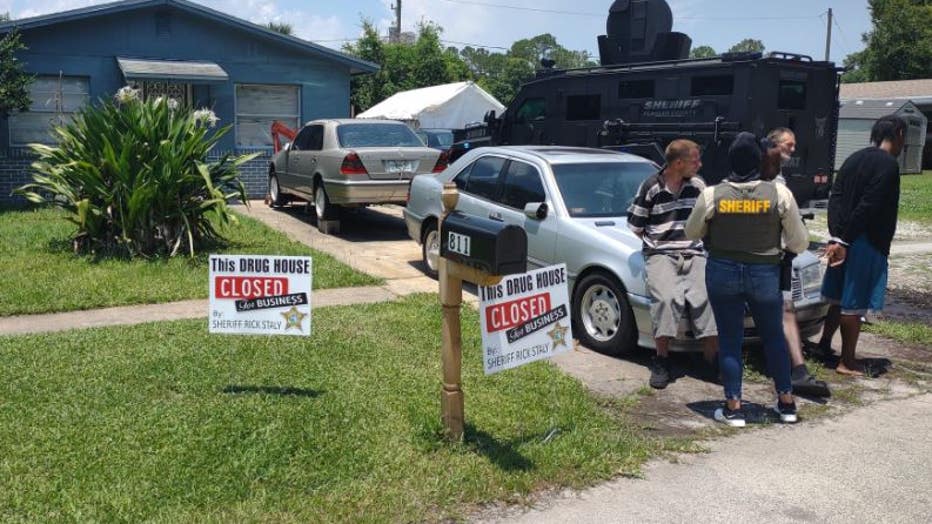 The sheriff's office says Bennett is no stranger to the law. He has reportedly been to the Green Roof Inn 10 times since his first arrest in 2008. Some of his previous charges include Felony Possession of Cocaine, Felony Driving with License Suspended and Felony Possession of Marijuana with Intent to Distribute.

The criminal investigation is still ongoing and additional charges are pending.