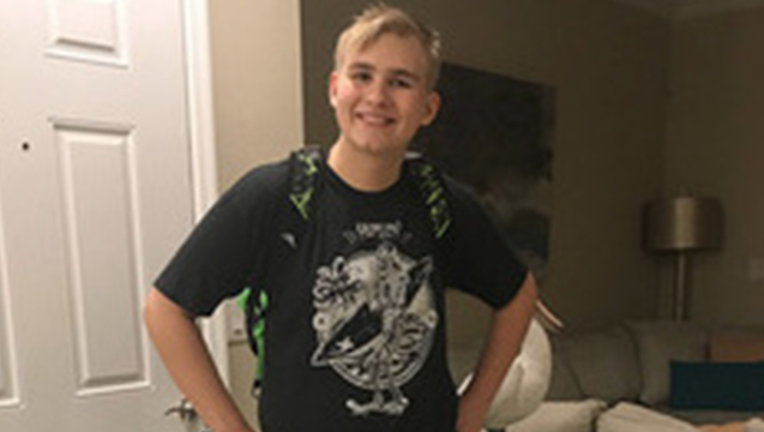 SARASOTA, Fla. (FOX 35 ORLANDO) - Deputies in Sarasota are asking for the public's help finding a teenager they say is missing and endangered.

"Travis was wearing a turquoise t-shirt, dark blue hoodie, grey shorts and black sketchers sneakers," the Sarasota County Sheriff's Office wrote on Facebook. "He may be riding a blue and black mountain bike and carrying a black and white NBA drawstring backpack."

Travis is 5’4” tall and weighs around 130 lbs. He has blonde hair and blue eyes.

Anyone who sees Travis is asked to dial 911 immediately.