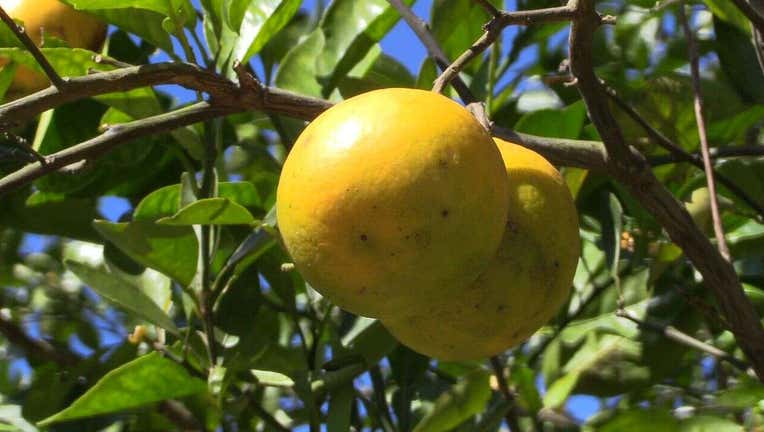 TALLAHASSEE, Fla. - As they begin to assess groves damaged by Hurricane Ian, Southwest Florida citrus growers are seeing conditions potentially worse than after Hurricane Irma, which played a key role in citrus production falling by more than one-third in 2017.

Matt Joyner, executive vice president and CEO of Florida Citrus Mutual, said Friday it might be more than a week before Ian’s impacts are fully known, as growers in DeSoto and Hardee counties still have fields underwater.

But Joyner said some growers he’s talked with already "feel like this is going to be, for them, worse than Irma."

"Folks are trying to get water off their trees to the extent that they can pump water off, although in a lot of instances there's just no place to send it," Joyner said from his home in Bartow. "And a lot are waiting for water to recede so that they can get out and do a more-thorough evaluation."

From what Joyner has been able to see, trees have been stressed by the storm.

"I've been out where I could ride and have seen quite a bit of fruit on the ground, standing water in groves," Joyner said. "And then, you know I’ve seen some trees leaning, not as many fully pushed over. But I'm hearing from growers down south that have trees completely laying over. So, this is kind of going to be the whole gamut of damages it sounds like at this point."

Fort Myers-based Alico, Inc., which has 48,900 acres of citrus groves in Charlotte, Collier, DeSoto, Hardee, Hendry, Highlands and Polk counties, said in a news release Friday that "initial observations include significant drop of fruit from trees" but that it did not experience significant flooding on its properties.

"As of the time of this press release, initial inspections indicate that substantially all of our trees remain intact, with the exception of a single grove in Charlotte County that was in the direct path of the storm," Alico said. "We believe this indicates that company-wide, the greater impact of the storm will be on production in the current season, and possibly next season, rather than on long-term production."

The company added that based "upon prior experience with serious storms of this nature, we expect it will take at least two seasons for the groves to recover to pre-hurricane production levels."

Ian hit growers in the early stages of the 2022-2023 season. The first monthly forecast of the season from the U.S. Department of Agriculture is set for Oct. 12.

The University of Florida Institute of Food and Agricultural Sciences on Wednesday estimated that 375,000 acres of citrus groves could be affected by Ian, which made landfall Wednesday in Lee and Charlotte counties and then cut through the state.

Agriculture Commissioner Nikki Fried on Friday urged producers to report losses as soon as possible to U.S. Department of Agriculture programs to get assistance and to maintain eligibility in crop-insurance programs.

"At this juncture, we're cautiously optimistic that it's not going to be as severe," Joyner said of groves in more-eastern areas. "It doesn't sound like they got quite the rainfall that they had anticipated. And, so, I'm not hearing the horrible reports of standing water and flooding over on that river area at this point."

Still, the initial reports aren’t good for an industry that during the 2021-2022 season had its lowest production in eight decades. Growers have struggled for years with a bacterial disease known as citrus greening. The industry also has faced increased labor costs, competition from foreign imports and damage from hurricanes such as Irma, which tore through major citrus-producing areas in September 2017.

Irma, which ran south to north through the state, was a major reason production fell by 37 percent in the 2017-2018 growing season.

The state Department of Agriculture and Consumer Services estimated Irma inflicted $2.5 billion in agriculture losses on Florida, of which $761 million was felt by the citrus industry.

Some of the losses were covered six months later through a nearly $90 billion federal disaster-relief measure that included $2.36 billion to assist the agriculture industry for losses from Irma, Hurricane Harvey in Texas and Hurricane Maria in Puerto Rico.