Michael Graham, owner of Graham’s U-Pick Farms, is doing what many citrus farmers in Florida are trying to do, rebound from the citrus greening disease that hit several farms hard over the last several years.

Michael Graham, owner of Graham’s U-Pick Farms, is doing what many citrus farmers in Florida are trying to do, rebound from the citrus greening disease that hit several farms hard over the last several years. 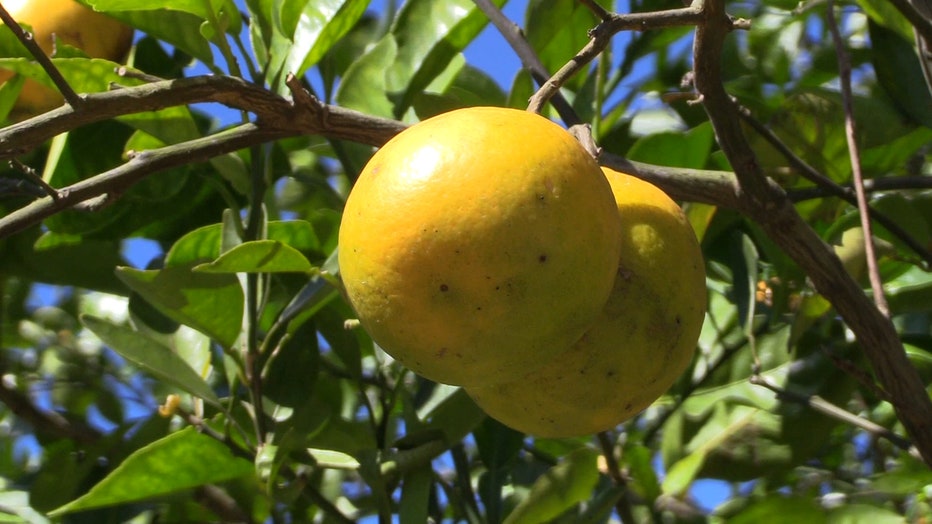 He runs the place with his wife, Mary.

“About six years ago, the grove that we have behind us, the leaves were almost bare,” Mary Graham said. “You could see through them.”

The organization says that could be potentially too much for growers to sell.

The organization says that many commercial buyers have started buying their oranges from other places.

“Our main buyer, he now currently buys a lot from California,” Mary Graham said. “He gets what he can from us. We supply him with all we can, but he’s turning to California.”

The Graham's said when the greening got really bad, they had to get creative to keep their business afloat.

One of the ways they did that was by planting peach trees on their property.

“We’ve discovered that people love agritourism,” Mary Graham said. “They just want to come to the farm. They want to explore and experience nature.”

The couple holds u-pick events with their peaches and their oranges.

Not only that, they’ve also changed the way they grow their oranges, using simpler tactics.

“We’re down to spraying three times a year,” Michael Graham said. “We went back with the basic materials. All I spray is oil and copper anymore.”

So, the Grahams will continue to host u-picks and offer other activities on their farm until the commercial business booms again.

“If we keep going with the way we're going, we can survive it, but it’s just going to take a lot,” Michael Graham said.