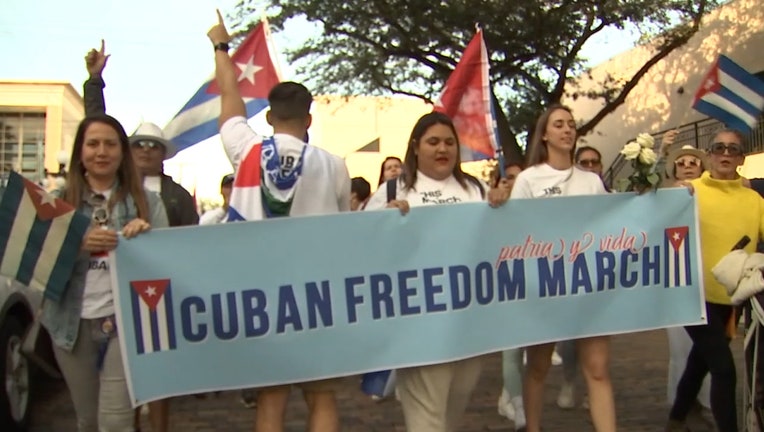 TALLAHASSEE, Fla. (AP) - Legislation moving through the Florida House would designate Nov. 7 as an annual Communism Victims Day and also teach high school students about the ills of communist governments.

Florida is home to tens of thousands of people who have fled communist governments, especially Cubans who left after Fidel Castro took power on the island in 1959. Nov. 7 is the day in 1917 when Russia's Bolshevik Revolution installed a communist government there.

The House Secondary Education & Career Development Subcommittee approved the bill Thursday on a unanimous vote. It has two more House committee stops and a similar measure is pending in the Senate.

Republican Rep. David Borrero, one of the lead sponsors, said the Communist Victims Day is an important remembrance for those who suffered under those governments and that teaching students about its realities is necessary for them to understand that.

"What we want to do is teach communism as it really is," Borrero said. "Communism fails every single time, and that's what students need to learn."

The instruction would begin in the 2023-2024 school year for students enrolled in a U.S. government course. The bill requires at least 45 minutes of teaching about communist victims on the recognition day.