The City of Flagler Beach says it may cost more than $1 million to fix or repair 25 walkovers that were damaged during Tropical Storm Ian.

FLAGLER BEACH, Fla. - The City of Flagler Beach says it may cost more than $1 million to fix or repair 25 walkovers that were damaged during Tropical Storm Ian.

For the small community, the walkovers are crucial allowing locals and visitors to access the beach.

"You’re not gonna get to the beach because it’s too much of a drop, you have to have a walkover," said Flagler County resident Sandra Saliga.

City Manager William Whitson says city crews were able to repair 28 of the 53 walkovers, leaving 25 shut down that either need to be repaired or replaced. 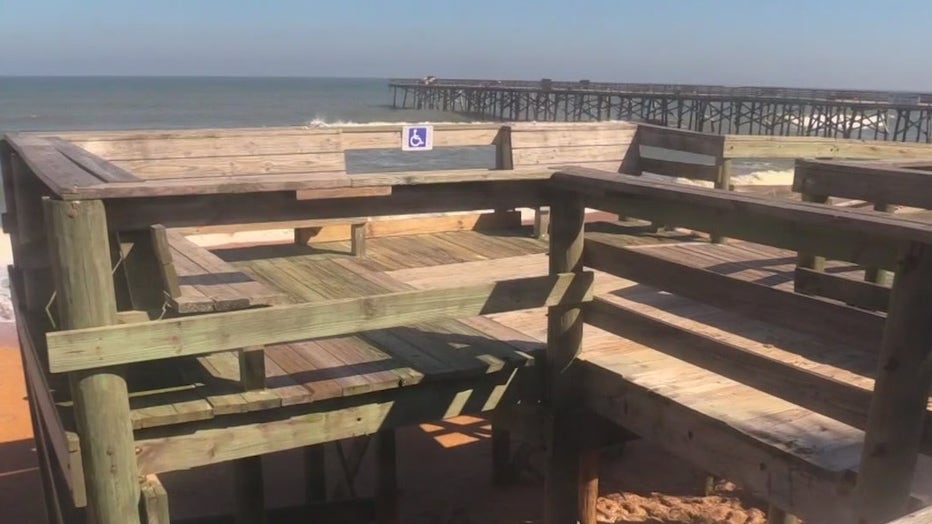 A complex project, Whitson says, the city is juggling along with renourishment of the beach. Whitson says the goal is to build the walkovers stronger and better in hopes of withstanding future storms.

"We will work through that design process with the engineers and hopefully when we go back they’ll be stronger," he said.

Whitson says the goal is to have all walkovers back open by the spring. He adds the city plans to ask FEMA for reimbursement for the cost, saying the city believes it would be an eligible claim.