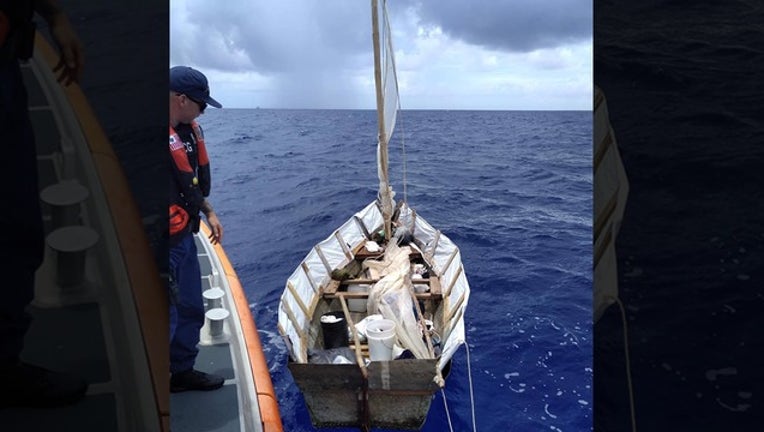 FOX NEWS - Members of the U.S. Coast Guard intercepted a makeshift sailboat off the coast of the Florida Keys on Friday afternoon and discovered five Cuban nationals on board, officials said.

A Coast Guard crew based in Islamorada intercepted the boat and found the five Cubans on board, the station said on Facebook. All of the boat's passengers were male, the Miami Herald reported.

The occupants of the boat were transferred to the Coast Guard Cutter Charles David Jr., a vessel assigned to serve in Key West. The five will be brought back to Cuba.

In May, the Coast Guard intercepted a boat with 10 Cuban migrants and two smugglers on board, 12 miles off the coast of Villa Clara Province, Cuba. The crew repatriated the 10 Cubans. The two suspected smugglers were transferred into the custody of Homeland Security, the Herald reported.