The Florida First Lady made the announcement at a middle school in Lake Mary.

“It’s really doubling down on statewide efforts to educate our kids about the dangers of drug abuse,” DeSantis said. The idea is if children are told the hard truth, they may steer clear of drugs. This comes after opioids claimed the lives of 11 children in Florida last year. 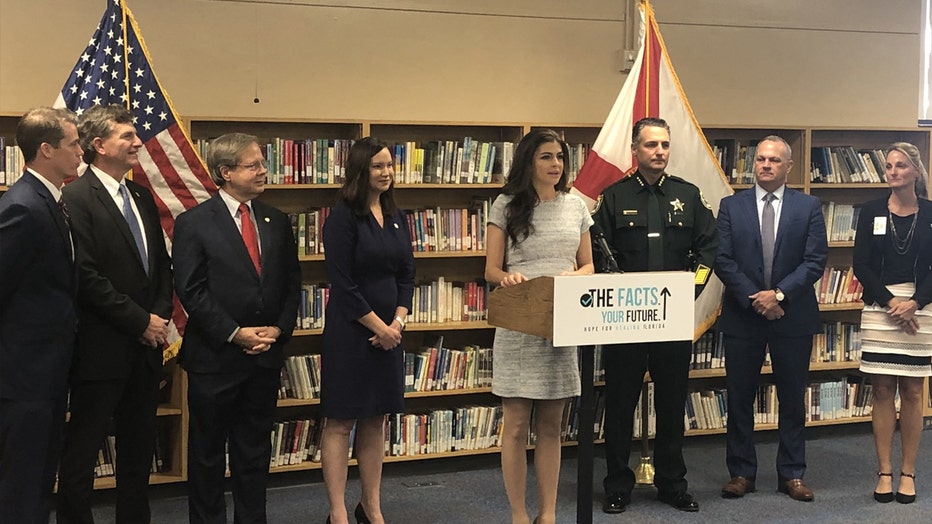 “This campaign, the facts. Your future, will help everyone in the schools, will help parents, community members, tackle that somewhat overwhelming task of communicating the dangers of drugs to our children,” said Ashley Moody, Attorney General, Florida.

Sheriff Leema said that the best way to combat drug abuse is to prevent it from happening in the first place. The First Lady’s office is working with state leaders on a tool kit for schools to distribute the information to students.

Vaping is also a component of the campaign.

FOX 35 News streamed the news conference on their Facebook page.