Seven dogs were rescued from a house fire in Orange County, and officials say two are in critical condition.

According to Orange County Fire Rescue, crews saw smoke coming out of the home at 12783 Tanja King Boulevard when they arrived on Wednesday afternoon. They worked to put the flames out, while pulling the dogs out of the home. 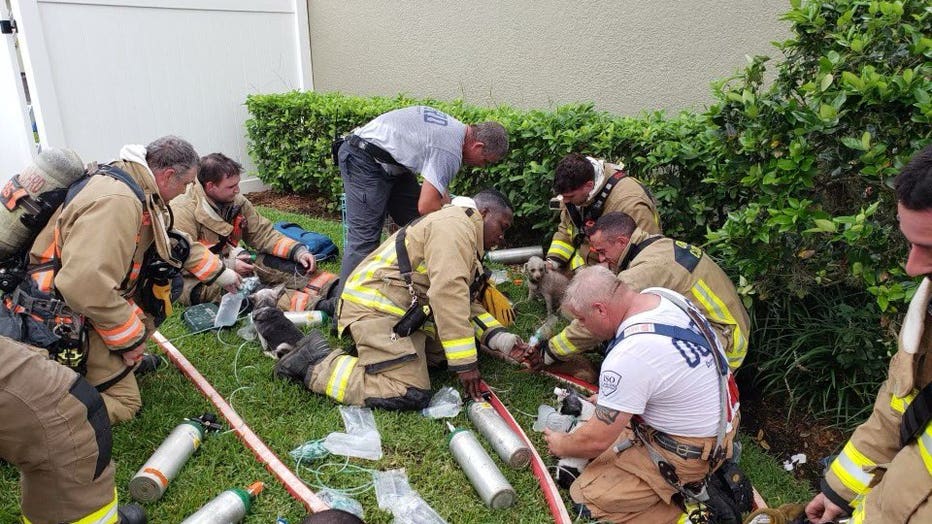 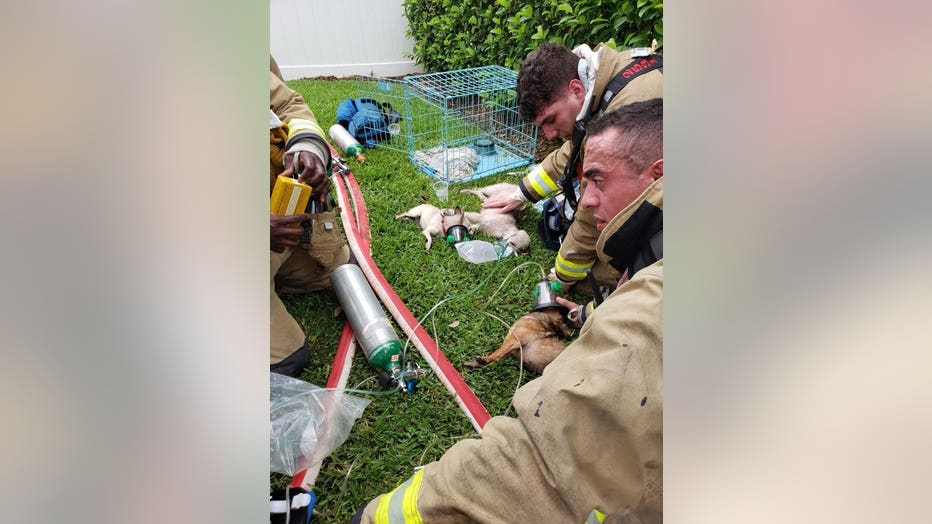 Pictures posted on social media shows the firefighters giving the dogs oxygen outside of the home.

No other occupants were found inside.

Officials say two of the rescued dogs are in critical condition, and Orange County Animal Services also responded to the scene.