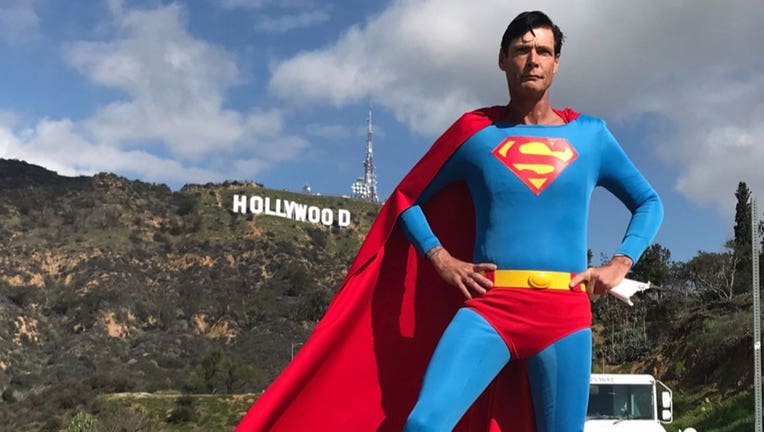 LOS ANGELES - Christopher Dennis, known affectionately as Hollywood Boulevard Superman, will be buried in his costume thanks to an anonymous benefactor who provided the funds to fulfill Dennis’s last wishes.

Prior to his death, Dennis had spoken with director Vlad Kozlov about his final wishes, "as many friends do," Kozlov said, at which time Dennis had expressed it was his wish to be buried in his costume.

“His wife, Bonnie Finkenthal Dennis, and I hoped to be able to do so, but the cost was prohibitive for us, even with the crowdfunding campaign but we worked hard to make that happen and kept on hoping for a miracle," said director Vlad Kozlov. "I was surprised, shocked, and delighted for Chris when an anonymous benefactor came forward to cover the majority of the funeral costs, and that, combined with the crowdfunding campaign donations, will enable Christopher to get the sendoff he hoped to have, and he will be buried in his Superman costume."

Dennis portrayed superman for nearly 30 years and had an uncanny resemblance to the late actor Christopher Reeve.

Friends and family had originally launched a crowdfunding campaign to raise funds for his funeral service. Now, with the vast majority of the costs being covered, the crowdfunding campaign goal has been reduced to reflect only the funds needed for a few miscellaneous funeral expenses such as flowers, posters and food.

Dennis died on November 2 at age 52 when he got caught headfirst in a clothing donation bin. According to the crowdfunding campaign, he was looking for something warm to wear.

He was left homeless three years ago and had fallen on hard times, struggling with mental and substance abuse issues.

Dennis first stepped onto the boulevard as Hollywood Superman on June 10, 1991, according to his Instagram profile. He gave smiles to the millions of tourists from all over the world for over 25 years of his Hollywood Boulevard residency and there are countless thousands of photographs of Chris with visitors to Hollywood Boulevard online and in photo albums around the world.

His funeral service, which is open to the public, will be held at Old North Church on Saturday, December 7 at 12 p.m., Forest Lawn Memorial Park, 6300 Forest Lawn Drive.