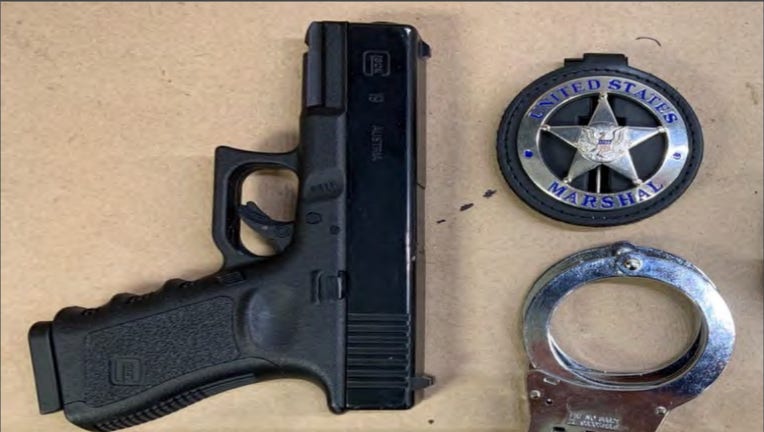 ORLANDO, Fla. (AP) - Authorities say a Florida man has been charged with pretending to be a deputy U.S. marshal after his vehicle was blocked by demonstrators protesting against police brutality.

Prosecutors say Mobley was driving in Orlando on Sunday when he was forced to stop his vehicle for passing protesters. Mobley exited his vehicle, approached the protesters, pulled out what appeared to be a law enforcement badge, and threatened to arrest them. Orlando police officers removed Mobley from a crowd.

They said he was carrying a replica gun, handcuffs and a fake badge.