FedEx shooting survivor reunited with officers who saved her

A survivor of the mass shooting at an Indianapolis FedEx facility reunited with the police officers who she credits with saving her life. (Source: WXIN via FOX Edge)

INDIANAPOLIS (AP) - The eight people killed in a mass shooting at a FedEx warehouse will be remembered Saturday during a public ceremony hosted at Lucas Oil Stadium in downtown Indianapolis.

While the Sikh community is hosting the event, the hope is that people from across the state will join to support the affected families "as Indianapolis begins the journey of healing together and helping each other during this excruciatingly difficult time," said Rajanpreet Kaur, a spokesperson for the Sikh Coalition.

RELATED: Police: 8 killed in shooting at FedEx facility in Indianapolis

Private ceremonies for victims from the Sikh community are also expected to take place in the coming week. Their families continue to seek roughly two-dozen fast-tracked visas so relatives overseas may travel for funeral rites. The proceedings will begin with cremation and then be followed by up to 20 days of reading of the 1,400-page Guru Granth Sahib scripture.

"During this excruciatingly difficult time, it is up to all of us to work together and help each other heal," said Balwinder Singh, Indianapolis Sikh community leader. "Our hope is that Hoosiers of all backgrounds and Sikhs from across the Midwest join us on Saturday in supporting all of the families forever impacted by this tragedy."

Police said Brandon Scott Hole, 19, a former worker at the Indianapolis FedEx facility, killed eight people there on April 15 before killing himself. Authorities have not released a motive for the assault but said Hole was in possession of two assault rifles. 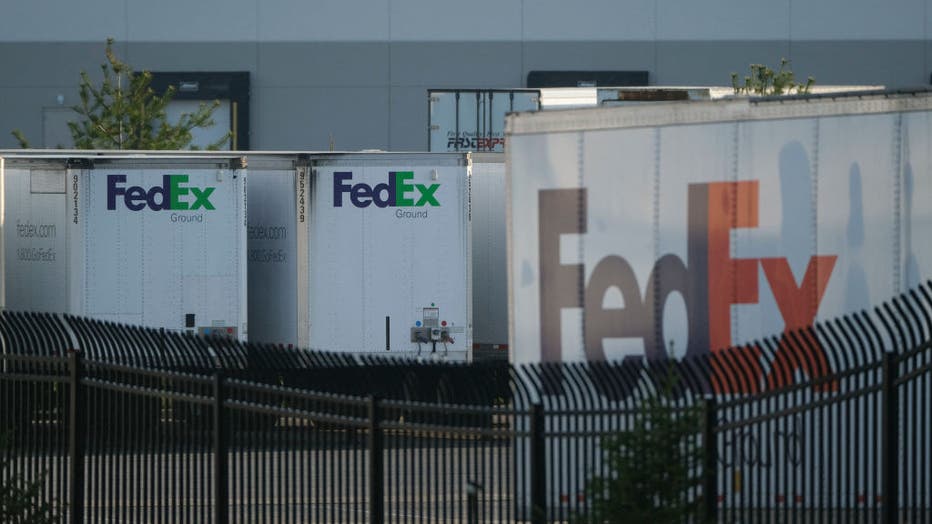 FedEx trailers are parked at the site of a mass shooting at a FedEx facility in Indianapolis, Indiana, on April 16, 2021. (Photo by JEFF DEAN/AFP via Getty Images)

Hole was able to purchase the guns legally, even after his mother called police last year to say her son might commit "suicide by cop," because he never appeared before a judge for a hearing under Indiana’s "red flag" law, Marion County Prosecutor Ryan Mears said last week.

The free event is scheduled from 1 to 4 p.m. Saturday and is open to the public. A full program and list of speakers have not been confirmed, but interfaith leaders and lawmakers at the local, state and federal levels have been invited, event organizers said.

Parking is free at Lucas Oil Stadium. Those planning to attend must arrive before 1 p.m. to ensure entry into the stadium, and seating is first-come, first-serve.

Temperatures will be checked upon arrival at the stadium. Masks and social distancing will also be required, as required by Marion County's COVID-19 guidelines.

Casey Smith is a corps member for the Associated Press/Report for America Statehouse News Initiative. Report for America is a nonprofit national service program that places journalists in local newsrooms to report on undercovered issues.