The FBI is looking into a possible terrorism connection to the ambush of a police officer in Brooklyn, authorities said.

NEW YORK - The FBI has joined the investigation into the ambush on a police officer with a knife in Brooklyn. The officer was on an anti-looting patrol Wednesday in Flatbush when a man walked up behind him and stabbed him in the neck, police said, setting off a struggle in which the assailant was shot and two other officers suffered gunshot injuries to their hands.

The FBI is looking into a possible terror connection to the ambush, according to police. Sources who have seen video of the stabbing told FOX 5 News it was "utterly chilling."

William F. Sweeney Jr., head of the FBI’s New York office, condemned the “cowardly attack on the NYPD” in a statement posted to Twitter. Sweeney said the bureau would use "every federal statute available to hold the perpetrator accountable."

The bloodshed happened just before midnight in the hours after an 8 p.m. curfew that was intended to quell days of unrest over the death of George Floyd in Minnesota.

All three injured officers were expected to recover. The man who attacked them was shot multiple times and was hospitalized in critical condition, said Police Commissioner Dermot Shea.

The FBI has joined the investigation into the ambush on a police officer with a knife in Brooklyn. Robert Moses reports

"What we know at this point and time is that it appears to be a completely, cowardly, despicable, unprovoked attack on a defenseless police officer and thank God we aren’t planning a funeral right now," Shea said.

"It's absolutely unacceptable to attack a police officer in any way, shape, or form," said Mayor Bill de Blasio during a briefing Thursday.

The attack was one of several on police officers in recent days, including one in which a driver plowed into a police sergeant who was trying to stop looting in the Bronx and a lieutenant who was struck in the helmet by a brick during a brawl with protesters in Manhattan. 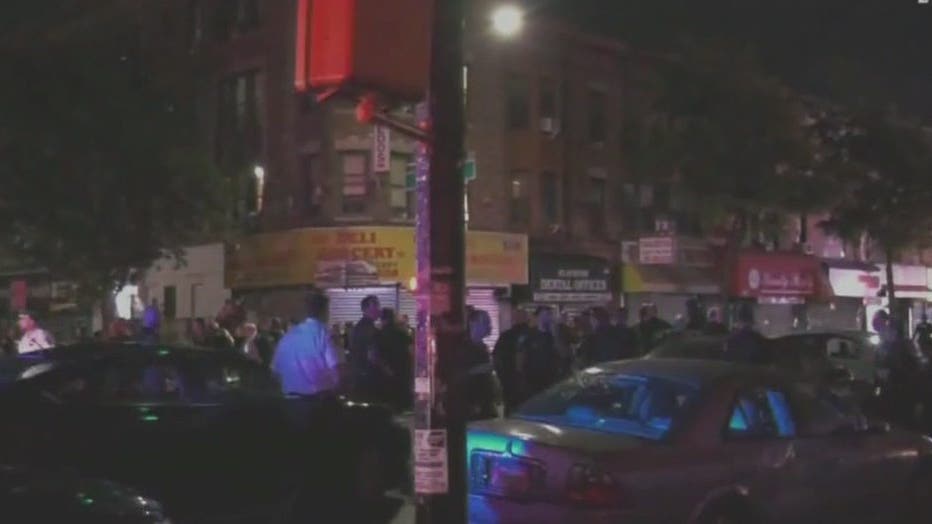 New York City has been roiled by days of protests over police brutality, and the spot in Brooklyn where Wednesday night's attack took place is just a block away from where demonstrators and police engaged days ago in an hours-long standoff, during which a police car was burned and protesters beaten with batons.

There were peaceful marches and protests throughout the day Wednesday, but police moved in to break them up when the city's curfew took effect at 8 p.m.

The mayor, who appeared with Shea outside the hospital where the officers were being treated, called it a "very tough night" and lauded the officers for their bravery.

Some details of how the attack unfolded were still unclear, but Shea said the man casually approached two officers stationed in the area to prevent looting at around 11:45 a.m. and stabbed one of them. 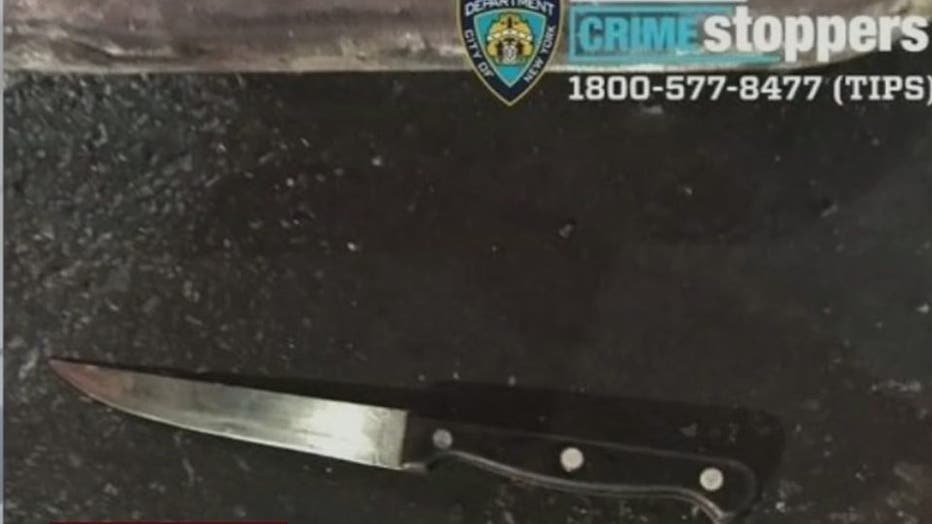 Officers a short distance away heard gunshots, rushed to the scene and saw the man with a gun in his hand, believed to have been taken from one of the officers, Shea said. The responding officers then opened fire.

The commissioner said 22 shell casings were recovered. He didn't say whether the officers' hand wounds came from the guns of fellow officers.

Shea didn't speculate on the motive of the stabber, who was not identified, but Police Benevolent Association President Patrick Lynch blamed anti-police rhetoric during the protests.

"Are we surprised? Are we surprised we're here in the hospital again? Did we doubt because of the rhetoric we're hearing, the anti-police rhetoric that's storming our streets, are we surprised that we got this call?" Lynch said. "I'm not. We said it's going to happen."