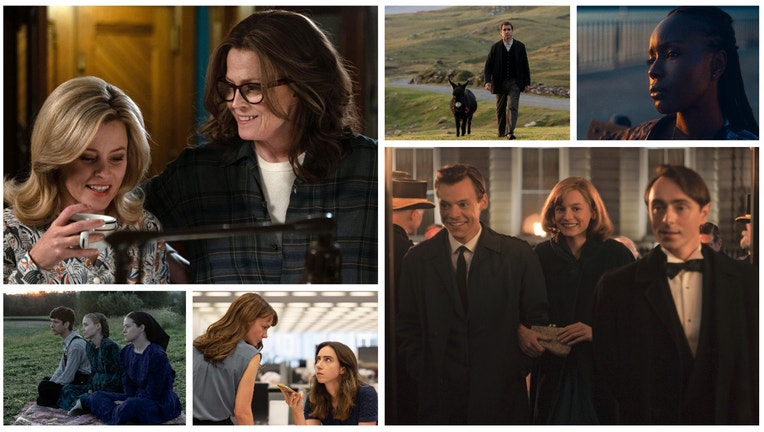 CHICAGO - The Oscars won’t air until March 2023, but believe it or not, this year’s awards season is already in full swing!

Your friendly neighborhood FOX Digital film critics will be checking out some of the buzziest movies of the fall at the 58th Chicago International Film Festival, which runs Oct. 12-23 at venues around Chicago. Here are six films to look out for when they hit movie theaters and streaming platforms in the next few months.

RELATED: ‘Welcome to Flatch’ is back! Here’s what you missed in the premiere

My Policeman (in theaters Oct. 21; streaming on Prime Video Nov. 4) 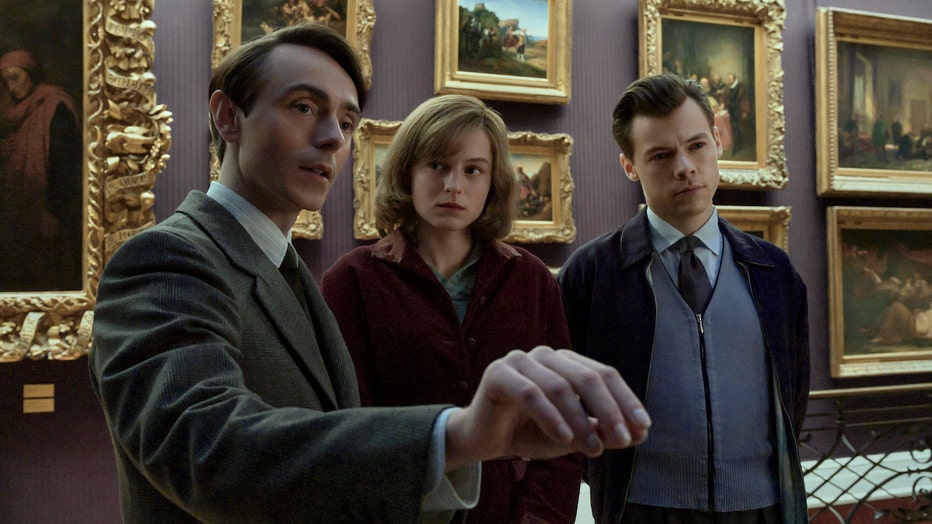 After making his leading man debut in last month’s "Don’t Worry Darling," Harry Styles is already back with another major acting role. This time around he plays Tom Burgess, a gay policeman living in 1950s Britain. Unable to live freely, Tom marries a school teacher named Marion ("The Crown" star Emma Corrin) while carrying on an affair with museum curator Patrick (David Dawson). The trio’s complicated relationship carries over into flashforwards to the 1990s, where they’re played by Linus Roache, Gina McKee and Rupert Everett, respectively. Based on a novel by Bethan Roberts, this romantic drama aims to explore forbidden love, changing social conventions, longing, regret and forgiveness. And it could wind up being a major contender in this year’s awards season — perhaps even for Styles himself.

WATCH FREE ON TUBI: Hugh Grant in the gay period romance "Maurice" — get the app

The Banshees of Inisherin (in theaters Oct. 21) 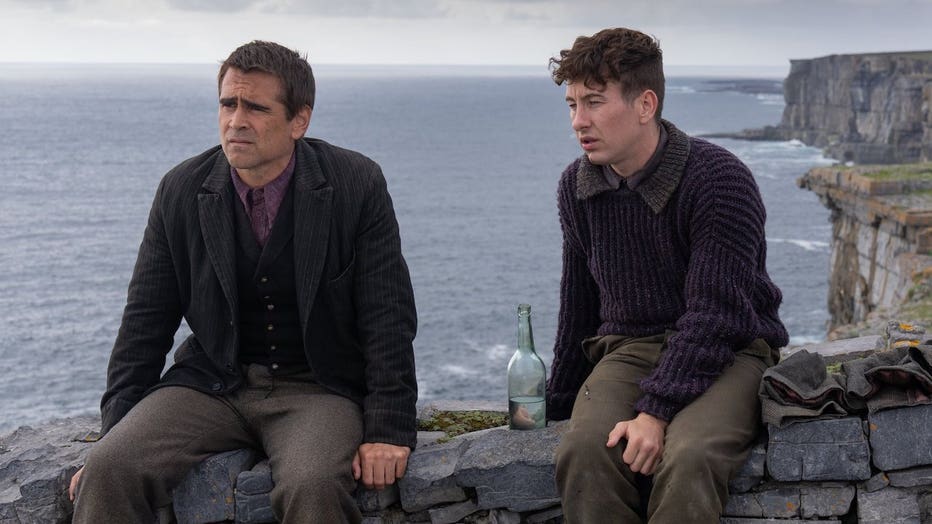 With fantastic early buzz out of the Venice and Toronto film festivals, the dark comedy "The Banshees of Inisherin" is already shaping up to be a major player this awards season. Particularly for Colin Farrell, who stars as an Irish man named Pádraic who’s shocked when his lifelong pal Colm (Brendan Gleeson) suddenly ends their friendship. Confused, Pádraic sets about trying to repair the relationship at any cost — even as Colm delivers a hefty ultimatum. And while that might sound like a simple premise, it could be something special in the hands of writer/director Martin McDonagh ("Three Billboards Outside Ebbing, Missouri"), who previously made magic with Farrell and Gleeson in the 2008 dark-comedy crime thriller "In Bruges."

WATCH FREE ON TUBI: Colin Farrell in the Irish romance "Ondine" — get the app 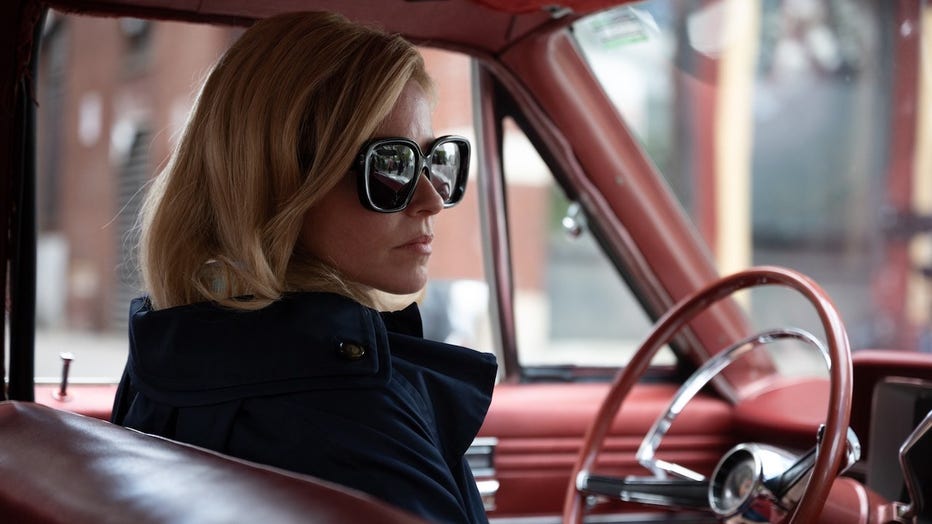 It felt like an eerie bit of timing when HBO debuted "The Janes" — a documentary about an underground 1960s abortion service — just weeks before the Supreme Court decision on Dobbs v. Jackson Women's Health Center overturned nearly five decades of Roe v. Wade. And it will likely feel just as eerie to watch "Call Jane" tell a fictionalized version of that same story. Starring Elizabeth Banks and Sigourney Weaver, "Call Jane" explores the history of the Jane Collective, a real-life Chicago organization that helped women access safe abortions in the late 1960s and early 1970s, at a time when the procedure was illegal in most of the United States. As film critic Caroline Siede wrote in her review of the film from this year’s Sundance Film Festival, "Anchored by Banks’ carefully calibrated performance and plenty of elegantly understated long takes from director Phyllis Nagy (the Oscar-nominated screenwriter of "Carol"), "Call Jane" uses a light touch to make the abortion experience feel exactly like what it is: normal."

WATCH FOR FREE ON TUBI: Phyllis Nagy’s Oscar-nominated screenplay for "Carol" — get the app 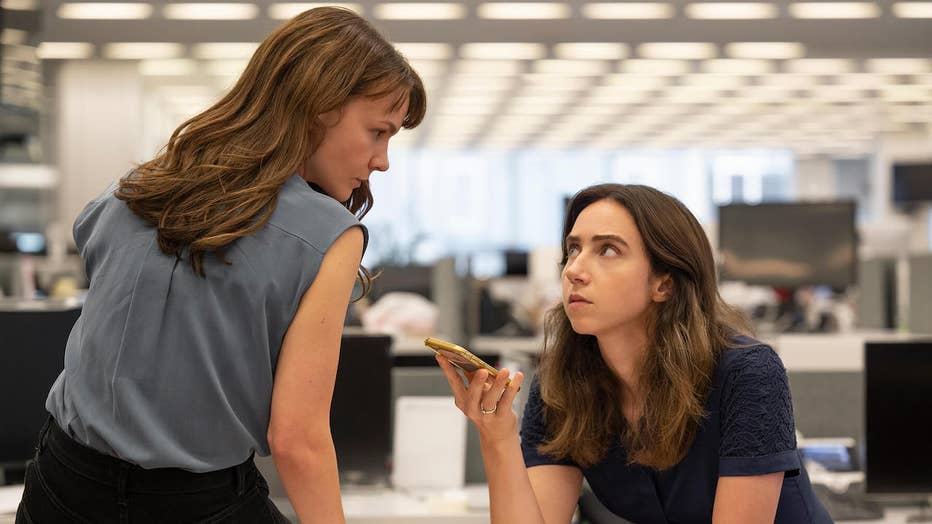 Hollywood’s reckoning with the #MeToo movement comes full circle with this cinematic retelling of how "New York Times" reporters Megan Twohey and Jodi Kantor broke the story of Harvey Weinstein's sexual misconduct allegations. Carey Mulligan and Zoe Kazan star as the dogged journalists whose reporting not only shattered decades of Hollywood silence but also kicked off a worldwide conversation about abusive power dynamics. Based on Twohey and Kantor's book of the same name, "She Said" is helmed by "Unorthodox" director Maria Schrader and written by "Disobedience" screenwriter Rebecca Lenkiewicz, two women who know their way around complex stories about gender and patriarchy. And like "All the President's Men" before it, this investigative journalism saga could prove to be a favorite among awards voters.

WATCH FOR FREE ON TUBI: James Norton plays an intrepid 1930s journalist in "Mr. Jones" — get the app 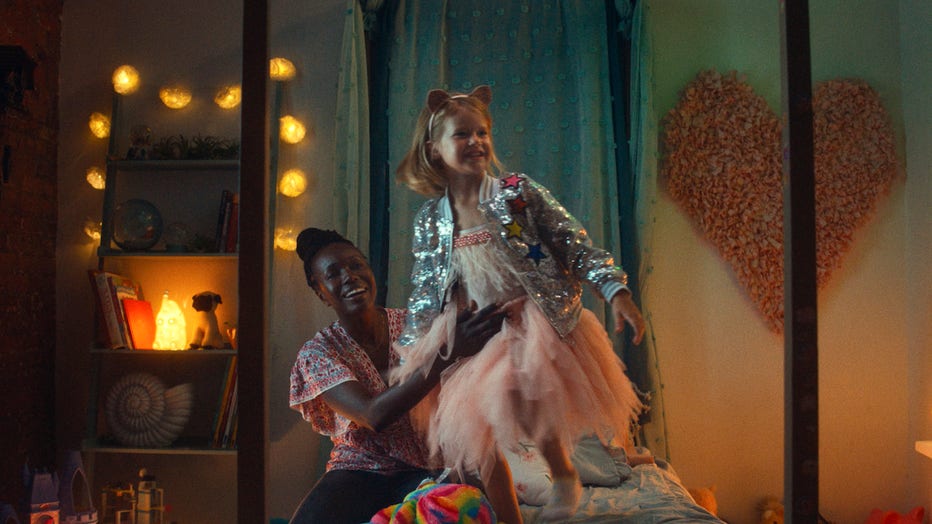 This psychological horror fable kicked off the year with a bang when it won the Grand Jury Prize in the U.S. Dramatic Competition at this year’s Sundance Film Festival. And now "Nanny" makes its theatrical/streaming debut just in time for awards season. Anna Diop stars as Aisha, an undocumented Senegalese woman working as a nanny for an affluent Manhattan couple (Michelle Monaghan and Morgan Spector). But as Aisha saves towards being able to afford to bring her own young son to the States, she becomes increasingly disturbed by a violent, volatile presence threatening her hard-earned American dream. Expect an atmospheric, thoroughly original debut from writer/director Nikyatu Jusu.

WATCH FOR FREE ON TUBI: Anna Diop in "Something About Her" — get the app 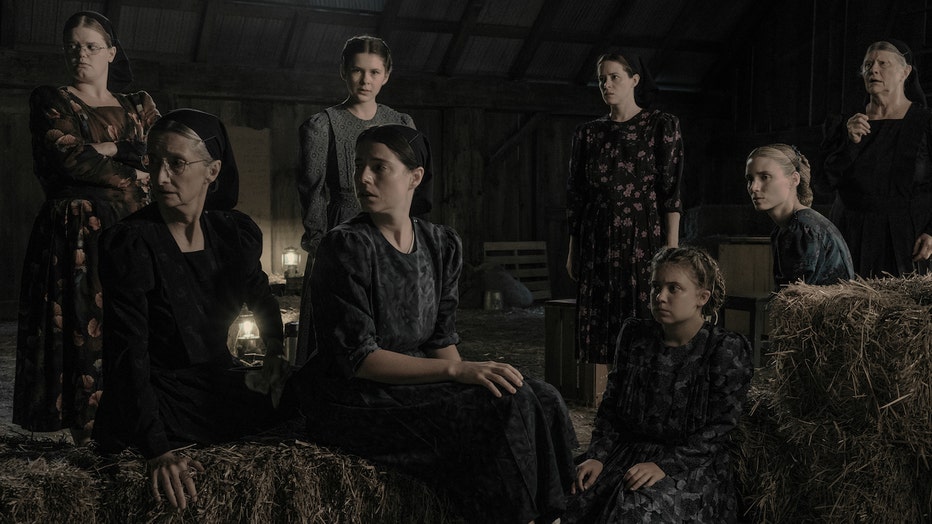 Based on a novel by Miriam Toews, "Women Talking" has deceptively simple premise: Eight Mennonite women meet in secret in a hayloft to discuss acts of gendered violence that have been committed in their isolated religious community. What follows is an urgent, poignant discussion about how to reconcile faith, forgiveness and community with trauma, accountability and self-determination. It’s a "conversation about how to remake a broken world," according to writer/director Sarah Polley. And with a star-studded cast that includes Frances McDormand, Rooney Mara, Claire Foy, Jessie Buckley and Ben Whishaw, "Women Talking" has already emerged as a critically acclaimed standout of the fall festival season — one that could very well ride that wave to awards season gold.

WATCH FOR FREE ON TUBI: Sarah Polley directs Michelle Williams and Seth Rogen in "Take This Waltz" — get the app

You can find more information about the Chicago International Film Festival on the fest’s website.

Make it an awards-worthy double feature with "Lion," streaming free on Tubi

"Lion" is streaming free on Tubi — get the app