The complaints have sounded for months. But they have become louder following repeated revelations that transmission-prevention guidance crafted by CDC scientists was never adopted by the White House.

WASHINGTON (AP) - The Centers for Disease Control and Prevention has repeatedly found its suggestions for fighting the coronavirus outbreak taking a backseat to other concerns within the Trump administration. That leaves public health experts outside government fearing the agency’s decades of experience in beating back disease threats are going to waste.

“You have the greatest fighting force against infectious diseases in world history. Why would you not use them?” said Dr. Howard Markel, a public health historian at the University of Michigan.

The complaints have sounded for months. But they have become louder following repeated revelations that transmission-prevention guidance crafted by CDC scientists was never adopted by the White House.

The latest instance surfaced Thursday, when The Associated Press reported that President Donald Trump's administration shelved a CDC document containing step-by-step advice to local authorities on how and when to reopen restaurants and other public places during the current pandemic.

The administration has disputed the notion that the CDC had been sidelined, saying the agency is integral to the administration’s plans to expand contact tracing nationwide.

But it's clear that the CDC is playing a much quieter role than it has during previous outbreaks.

The nation's COVID-19 response has seen a strange turn for the CDC, which opened in 1946 in Atlanta as The Communicable Disease Center to prevent the spread of malaria with a $10 million budget and a few hundred employees. Today, the agency has a core budget of more than $7 billion — a sum that has been shrinking in recent years — and employs nearly 11,000 people.

The CDC develops vaccines and diagnostic tests. Its experts advise doctors how best to treat people, and teach state, local and international officials how to fight and prevent disease. Among the CDC's elite workforce are hundreds of the world’s foremost disease investigators — microbiologists, pathologists and other scientists dispatched to investigate new and mysterious illnesses.

In 2009, when a new type of flu virus known at the time as swine flu spread around the world, the CDC held almost daily briefings. Its experts released information on a regular basis to describe the unfolding scientific understanding of the virus, and the race for a vaccine.

The federal response to the coronavirus pandemic initially followed a similar pattern.

CDC first learned in late December of the emergence of a new disease in China, and the U.S. identified its first case in January. In those early days, the CDC held frequent calls with reporters. It also quickly developed a test it could run at its labs, and a test kit to be sent to state health department labs to detect the virus.

But February proved to be a disaster. The test kit was flawed, delaying the ability of states to do testing. A CDC-run surveillance system, meant to look for signs of the virus in people who had thought they had the flu, was slow to get off the ground. Officials at the CDC and at other federal agencies were slow to recognize infections from Europe were outpacing ones from travelers to China.

But politically speaking, one the most striking moments that month was something that the CDC — in the eyes of public health experts — got perfectly right.

In late February, Dr. Nancy Messonnier — a well-respected CDC official who was leading the agency's coronavirus response — contradicted statements by other federal officials that the virus was contained. “It’s not so much a question of if this will happen anymore, but rather more a question of exactly when this will happen – and how many people in this country will have severe illness,” she said.

Health experts have praised Fauci, but they say CDC's voice is sorely missed.

“At the White House briefings, they (CDC) should be talking about antibody tests and if they work. How long do people have the virus if they’re infected? What are the data for that? The issue ought to be front and center. These are the questions CDC can answer,” said Dr. James Curran, a former CDC star scientist who is now dean of Emory University's public health school.

The government has continued to look to CDC officials for information and guidance, but there have been repeated instances when what the agency's experts send to Washington is rejected. 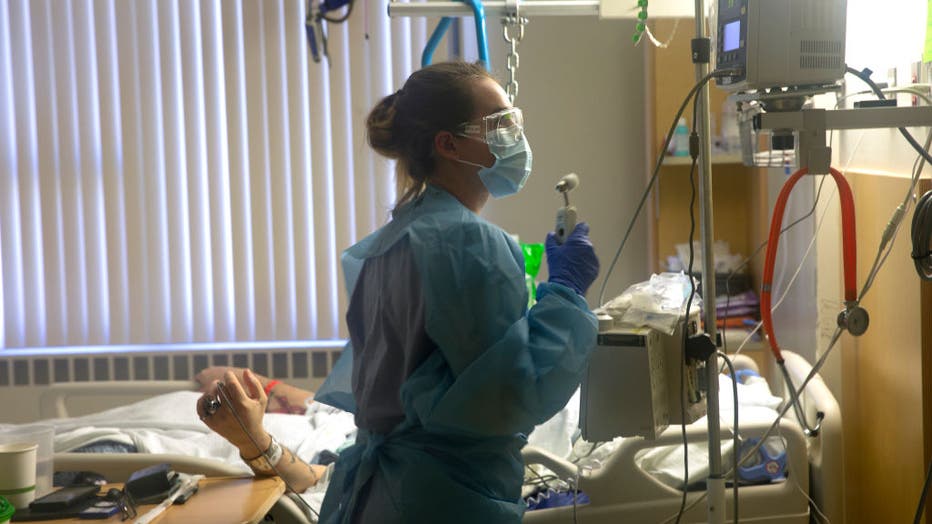 In early March, administration officials overruled CDC doctors who wanted to recommend that elderly and physically fragile Americans be advised not to fly on commercial airlines because of the new coronavirus, the AP reported.

Last month, USA Today reported that the White House task force had forced the CDC had to change orders it had posted keeping cruise ships docked until August. The post was altered to say the ships could sail again in July, the newspaper reported.

And last week, officials nixed CDC draft guidance that was researched and written to help faith leaders, business owners, educators and state and local officials as they begin to reopen.

The 17 pages of guidelines were never approved by Redfield to present to the White House task force, said an administration official who spoke on condition of anonymity to discuss internal deliberations. They were only discussed at the task force level once the drafts leaked publicly, and no decisions about them were ever made.

Still, the CDC guidelines were the subject of intense debate at the upper echelons of the White House. Some officials saw them as essential to helping businesses and other organizations safely reopen.

Others, including chief of staff Mark Meadows, did not believe it appropriate for the federal government to set guidelines for specific sectors whose circumstances could vary widely depending on the level of outbreak in their areas, according to a person familiar with the discussion. What was necessary for a coffee shop in New York and one in Oklahoma was wildly different, in their view.

They worried about potential negative economic impact from the guidelines, and some aides expressed doubts about whether the government should be prescribing practices to religious communities.

The decision not to issue detailed sector guidance is also in keeping with the White House’s strategic decision to leave the specific details of reopening to states. While Trump had at one point claimed absolute authority to detail how and when states open, he’s adopted a largely hands-off approach as more and more states begin to lift lockdowns.

Trump suggests his decision is in keeping with the principles of federalism, but White House aides acknowledge that it also lessens the political peril for the president — who has come under pressure from conservative allies, particularly in states that haven’t experienced wide outbreaks, to swiftly reopen the country.

On a conference call Thursday afternoon with the House members on the White House’s “Opening Up America” panel, lawmakers in both parties pressed the White House to release sector-specific guidance of the sort currently held up by the administration.

The CDC did not respond to a Thursday request for an interview with Redfield.

In a recent interview with the AP, the agency's No. 2 administrator, Dr. Anne Schuchat, was asked to address reports that CDC recommendations were being ignored in Washington.

She paused, and then replied slowly.

“The CDC is providing our best evidence-based information to policy makers and providing that on a daily basis to protect the American people," she said, without further comment.