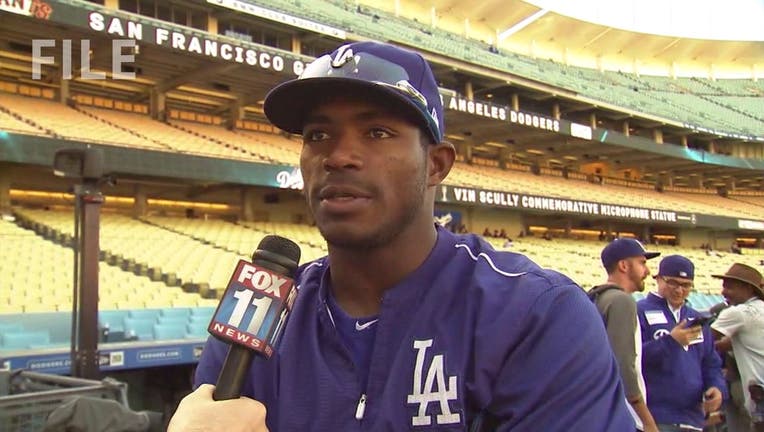 LOS ANGELES - Former Los Angeles Dodger Yasiel Puig is speaking out on the allegations of sexual assault against the outfielder.

The joint statement comes as a response to an Oct. 2020 lawsuit filed against the ex-Dodger by a woman who goes by the pseudonym of "Jane Roe."

[WARNING: Details from the Oct. 2020 lawsuit may be triggering to viewers.]

According to the lawsuit, Puig is accused of sexually assaulting Roe during a Los Angeles Lakers game inside a Staples Center bathroom on Halloween of 2018. The lawsuit claims Puig tried to pull off Roe's clothes, touched her inappropriately and pinned her with one arm while he allegedly committed a lewd act.

"The evidence proves they are false," the ex-Dodger said, in part. "I look forward to all the fats and the truth coming out."

Puig claims in his written response that he had consensual sex with Roe after they met at the Lakers game. Alan Jackson, one of Puig's attorneys, said in a statement that Roe asked Puig to go into a bathroom with her for a "consensual sexual encounter."

Caleb Mason, another attorney representing Puig, claims in a statement that Puig saved his Instagram messages and texts between the ex-Dodger and Roe.

"The evidence completely exonerates Mr. Puig," Mason said, in part, in a statement.

Below is the full statement from Puig and his attorneys:

The 30-year-old outfielder played for the Boys in Blue from 2013 to 2018. His last series of MLB at-bats came during the 2019 season after brief stints with the Cincinnati Reds and the Cleveland Indians.