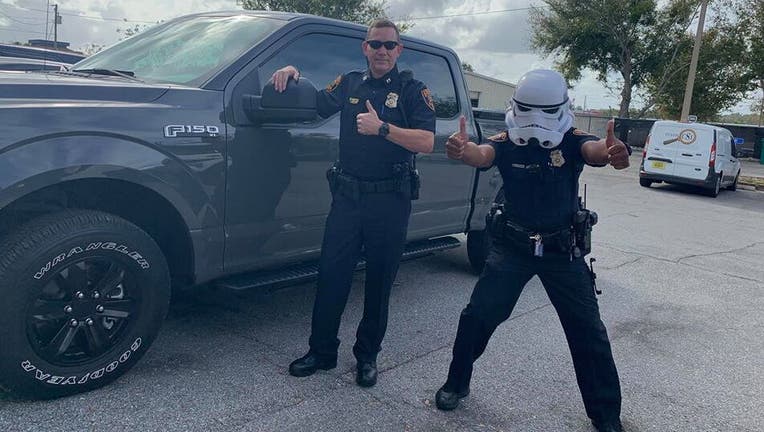 Eustis Police Captain Gary Winheim is back on the job after being shot in the neck by a man at a Winn-Dixie last month.

"Ladies and gentlemen put your hands together and let’s welcome back Captain Winheim to full duty!!!!" the department wrote in a post on Facebook.

The photo shows Winheim standing next to a Ford F-150 giving the thumbs up. One of his colleagues is seen wearing a Storm Trooper mask.

Winheim was taken to a hospital to have a bullet removed after being shot by the suspect, 38-year-old Jayson Colvin, police say. 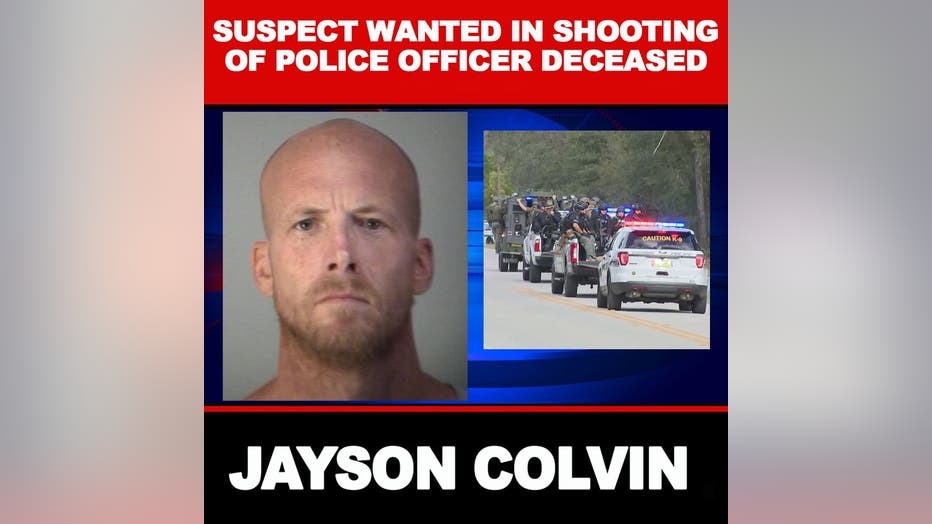