The Eustis police captain who was shot by a man at a Winn-Dixie on Thursday has been discharged from the hospital after having a bullet removed.

EUSTIS, Fla. - The Eustis police captain who was shot by a man at a Winn-Dixie on Thursday was discharged from the hospital Friday after having a bullet removed.

Captain Gary Winheim was taken to Orlando Regional Medical Center after the shooting.

The Eustis police captain who was shot by a man at a Winn-Dixie on Thursday was discharged from the hospital Friday after having a bullet removed.

During a news conference, the Eustis Police Department said that Winheim was alert and talking when he was flown to the hospital. 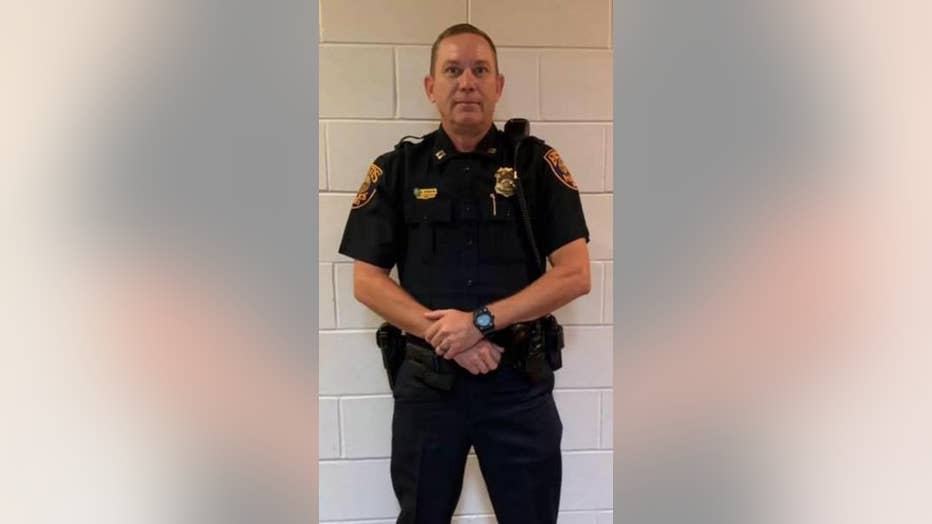 On Friday, many people from the community stopped by the police station to drop off flowers and food.

"We wanted him and the department to know how much we appreciate their courage and all the service that they give," said Kathleen Floyd.

Floyd said she has encountered Cpt. Winheim in the community and said she was devastated to hear he had been shot.

"I was angry. I was so angry," she told FOX 35 News. "I’m sick of seeing officers hurt when they’re trying to protect us."

She said she's grateful for the service all law enforcement officers provide and hopes he recovers quickly.

"The families don’t know if their loved ones are gonna come back, and they do that for us," she said.

"He is doing good this morning, sore but happy and thankful to be able to watch the sunrise. We are truly grateful for all of the out pouring of love, support and the massive response of our law enforcement family from across the state yesterday. Gary is extremely thankful for each and everyone of the officers who responded and for the Eustis Fire Department for their quick medical response, EMS, flight team and ORMC trauma and our community. Thank you thank you thank you all!!!! I am so happy to still have the man I love so very much."