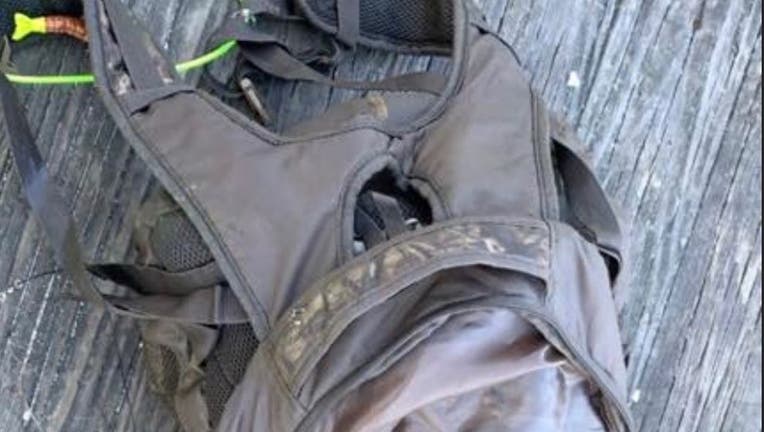 SUNSET BEACH, N.C. - A dead pit bull was found in a backpack that had been weighed down with dumbbells off a pier in North Carolina, police said.

The Sunset Beach Police Department says a fisherman pulled the backpack out of the water on Saturday in Sunset Beach. The dog inside, a black and brown female, appeared to have been stuffed into the bag.

"The dog appeared to have been in the water for no more than a day or two," the department said.