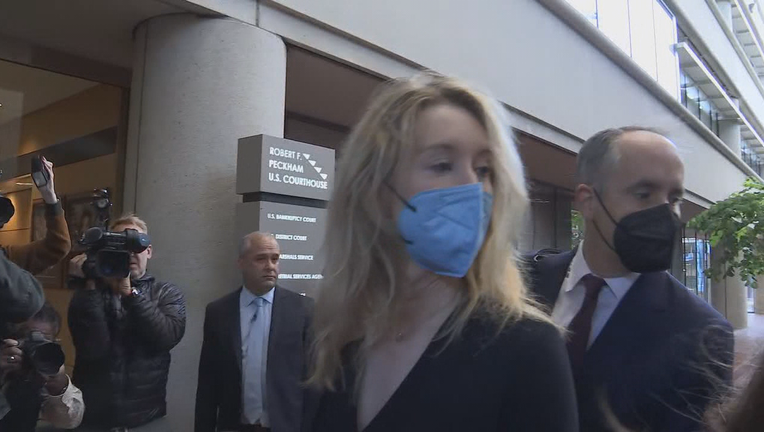 SAN JOSE, Calif. - The court is preparing to swear in a jury Thursday in the criminal fraud case against former Theranos CEO Elizabeth Holmes.

On day three of jury selection in federal court in San Jose, the panel that once numbered more than 200 was winnowed down to 41 prospective jurors.

Follow below for live updates about the trial of Holmes from KTVU's Evan Sernoffsky who is reporting from federal court in San Jose. (App users click here to follow the blog.

Judge Edward Davila on Wednesday said he was prepared to choose 12 members for the jury along with 5 alternates.

Once the jury is sworn in, court will adjourn until opening statements begin on Wednesday, Sept. 8.

Holmes had claimed her now-defunct biotech company would revolutionize the blood testing industry by conducting complex tests with only a few drops of blood.

The technology, however, never worked as promised.

Holmes faces 10 counts of wire fraud and two counts of conspiracy for allegedly deceiving investors and patients. She has pleaded not guilty.

Keep up with the news by downloading KTVU's news app and subscribing to our newsletter.