The body found in Memphis on Monday has been identified as missing billionaire heiress Eliza Fletcher, who police believe was abducted while she was out jogging. Police have added additional charges against the suspect, Cleotha Abston, including first-degree murder and first-degree murder in perpetration of kidnapping.

MEMPHIS, Tenn. - Eliza Fletcher, a Memphis kindergarten teacher and 34-year-old mother known as Liza to her loved ones, was abducted Friday while she was out for an early morning run.

The Memphis Police Department (MPD) held a press conference Tuesday to address the suspect, who has now been charged with first-degree murder, and the status of the case.

Here's a timeline of events surrounding her disappearance:

Fletcher, an avid runner who has qualified for the Boston Marathon, goes for a run around 4 a.m. She takes her usual route near the University of Memphis, according to authorities.

While running down a stretch of Central Avenue around 4:20 a.m., she is "abducted and forced into" a dark-colored GMC Terrain.

According to an affidavit, investigators reviewed video surveillance from near 3876 Central Ave., which showed the GMC Terrain "passing and then waiting for the victim to run by."

Police say that a surveillance camera captured the same car in the area of the abduction 24 minutes before Eliza Fletcher was taken.

A male, later identified as Cleotha Abston, 38, then "ran aggressively" toward Fletcher and forced her into the passenger side of the SUV, court documents say.

Police also said that there "appeared to be a struggle" when Fletcher was pulled into the car.

Court documents state that the GMC Terrain sat in a nearby parking lot for four minutes with Eliza Fletcher inside before driving off. 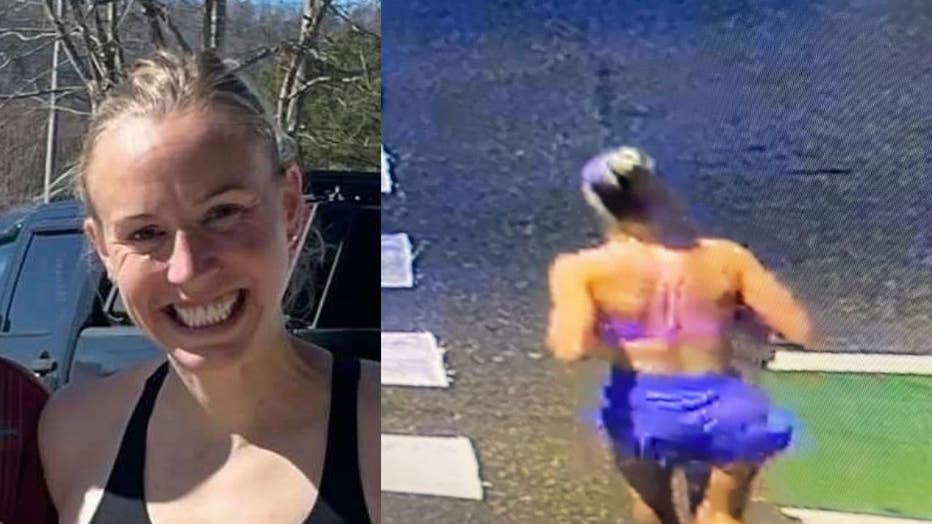 Court documents state that a resident was riding his bike on Central Avenue and "found the victim's cellphone as well as a pair of Champion slides sandals laying in the street in the same area."

The resident gave these items to one of Eliza Fletcher's family members, who then turned them over to the police.

The Champion slides sandals were sent to a lab for DNA testing by the Tennessee Bureau of Investigation.

MPD receive two phone calls — one from Fletcher's husband, Richard Fletcher III, who reported her missing after she did not come home from her run — and one from the University of Memphis.

Police find some of Fletcher's belongings at the scene on Central Avenue. They are also told that a male approached Fletcher and forced her into a dark SUV after a struggle.

MPD says in a Friday afternoon news briefing that the department is not aware of any connection between Fletcher's abduction and reports from the start of the semester that someone had been harassing members of the University of Memphis women's cross-country team as they ran in the area.

DNA samplings from the Champion slide sandals found a link to Cleotha Abston, who was named a person of interest in the Eliza Fletcher abduction case.

Investigators also obtained cellphone records for Abston, which placed him near 3876 Central Ave. at the time that Eliza Fletcher was forced into the GMC Terrain, court records state.

Later on, authorities took a white Jeep Grand Wagoneer from in front of Fletcher's home, according to FOX 13 Memphis.

On Saturday at 10:45 a.m., members of the U.S. Marshals Service located the GMC Terrain in a parking lot in the 5700 block of Waterstone Oak Way, where Abston lives, according to police, who then said that a male matching the description of the suspect was spotted.

He attempted to flee the area, but officials took him into custody. 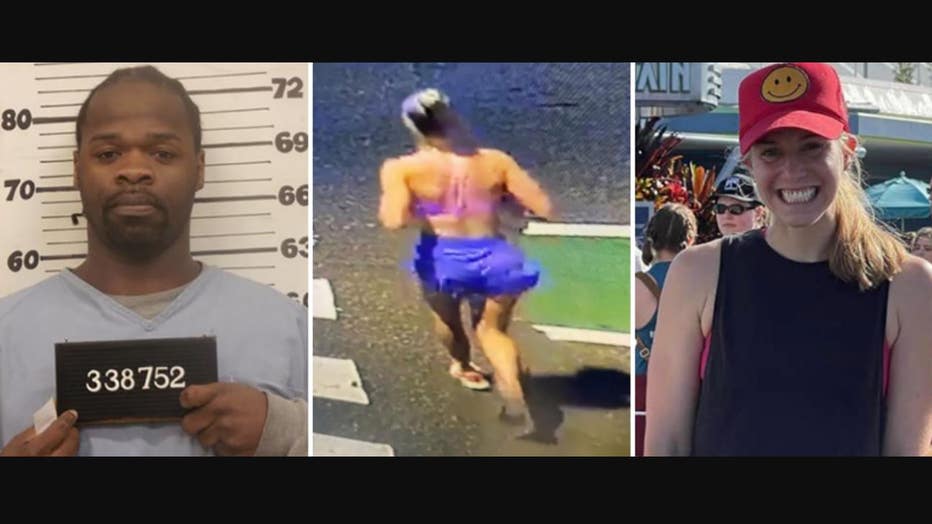 Police said that two people, including Abston's brother, Mario, told officers that they had seen the suspect cleaning the GMC Terrain with floor cleaner, adding that he was washing clothes in the sink.

Mario Abston told police that his brother was acting "strange."

After the Memphis Police Department took Cleotha Abston into custody, he declined to tell investigators where Eliza Fletcher is.

Law enforcement officials were seen throughout Memphis on Sunday and conducted searches at "various" locations in the search for Eliza Fletcher, according to a Memphis Police Department spokesperson.

Eliza Fletcher is described as a White woman with blonde hair and green eyes. She is about 5 feet, 6 inches tall and weighs around 137 pounds. She was wearing a pink athletic top and purple running shorts with her hair pulled up and sporting a matching headband.

Her family is offering a $50,000 reward for information leading to her being found.

Anyone with information related to the abduction is asked to call Crime Stoppers at 901-528-CASH (2274).

Cleotha Abston, who is accused of kidnapping and killing billionaire heiress Eliza Fletcher, made his first court appearance in Memphis on Tuesday to face charges including murder and kidnapping. Fletcher was abducted while she was jogging and her body was found by authorities on Monday night.

Accused killer Cleotha Abston-Henderson appears before a judge around 10 a.m. ET Tuesday, when prosecutors say they updated his charges to include murder, premeditated murder, and murder in perpetration of kidnapping. He wears a green jail-issued jumpsuit, a white undershirt and a face mask.

Bail was previously listed as being set at $510,000. It was not immediately clear if the bail amount would increase further in light of the new charge.

Shelby County District Attorney Steve Mulroy announces that his office will hold a press conference at 11:30 a.m. ET on Tuesday in light of the latest developments related to Eliza Fletcher's abduction and murder. He will be joined by representatives from the Memphis Police Department, FBI, Bureau of Alcohol, Tobacco, Firearms and Explosives and the U.S. Marshals Service.