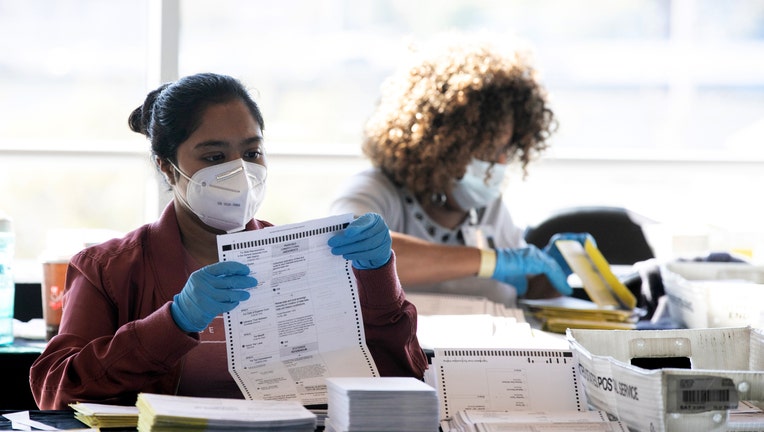 While Democrat Joe Biden surpassed President Donald Trump early Friday, his lead is very narrow, and under Georgia law a candidate can request a recount if the margin is within 0.5 percentage points, which is the case here.

We asked Kate Brumback, a reporter for The Associated Press in Atlanta, what could happen next.

WHERE IS ALL THIS GOING?

With a margin this small, the secretary of state said this morning there will probably be a recount. Either candidate can make the request. The Trump campaign is trailing right now, and it seems like he would be likely to ask for one. But if Trump ends up ahead, it could be the Biden campaign asking for a recount.

HOW WOULD IT WORK?

Well, according to the secretary of state’s office, the recount will be done on high-speed scanners at each county’s central election office.

RELATED: Senate control could come down to Georgia runoffs

So first they create a test deck and count them by hand. Then they put those same ballots through the scanner and see if the tallies match. If they do, and the election workers determine the scanner is working accurately, every single ballot will then be rescanned.

Of course it’s too soon to tell in this case. But the AP’s research shows that there have been at least 31 statewide recounts since 2000. And of those, only three changed the outcome of the election. The initial margins in those races were all under 300 votes.