A big protest on Sunday at UCLA because Donald Trump Jr. was on campus speaking about his new book. And in Sherman Oaks standing room only at an impeachment town hall meeting.

An organization called Turning Point USA hosted the president’s son to talk about his new book, "Triggered: How the Left Thrives on Hate and Wants to Silence Us.'' But things didn’t go quite as planned—as Don Jr. was heckled by some in the audience.

President Trump's son has recently been doing publicity engagements for the book, including a contentious appearance Thursday on the television show, "The View,'' in which he accused one of the show's hosts of having worn blackface and another for being soft on
pedophilia. The book charges "the left'' with trying to smear conservatives and push them out of the public square. 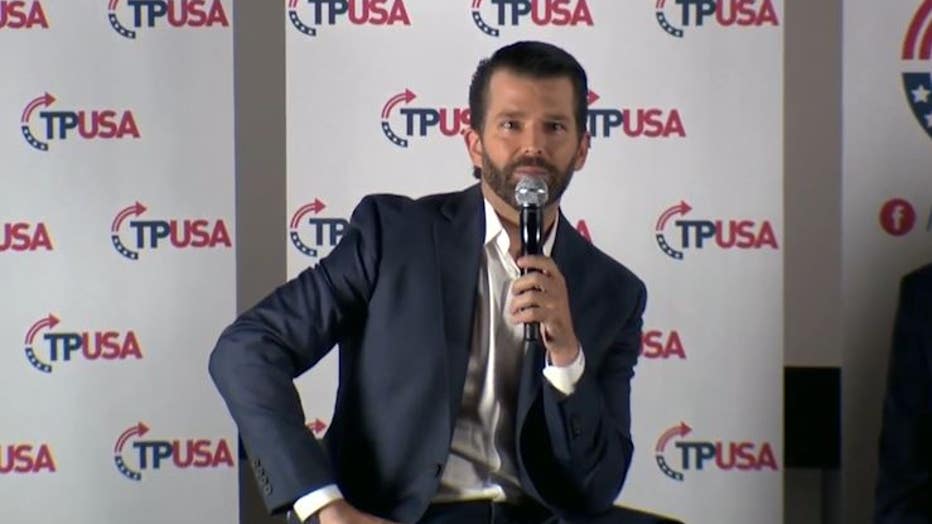 Meanwhile in Sherman Oaks it was a packed auditorium at Millikan Middle School as Congressman Brad Sherman hosted a town hall meeting about President Trump’s impeachment as well as other local issues.

Hailey Winslow contributed to this report