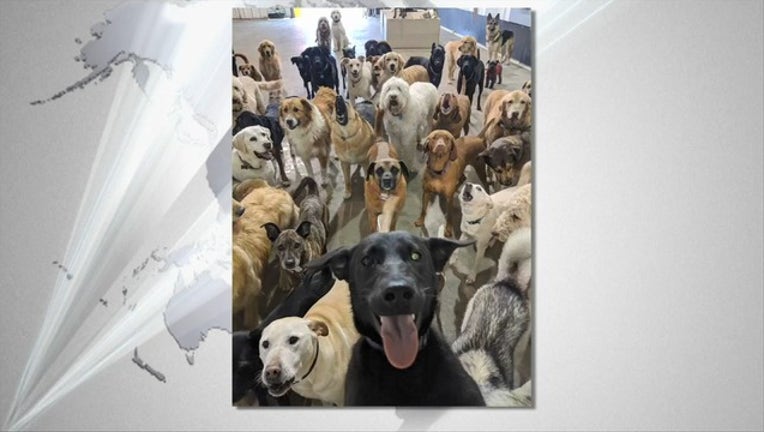 The photo is next level squad goals. A pack of dogs at the Cincinnati doggie day care gathered to create this piece of art and the human resemblance is spectacular.

Front and center, appearing as the dog snapping the selfie, is a grinning black Labrador mix named Rouge. He’s posing with his tongue out in front of roughly three dozen canines, some howling, some just posing.

The photo was posted by Go Fetch Dog Daycare and Boarding a month ago, but just started gaining attention over the last couple days. One user wrote, “My idea of heaven.”

Owner Matt Ramsey said the photo was not staged, despite all the dogs standing still. He told the Cincinnati Enquirer the dogs gathered spontaneously outside the play area gate.