An image obtained by FOX 35 News taken from inside the resort shows a large group of cast members who walked out of Animation Studios.

Nicholas Maldonado, also a cast member, was off on Tuesday and right protested outside one of the parks.

"I’m out here, because I’m angry, because I’m upset," said Maldonado. "He [Chapek] didn’t say anything and then after the bill was passed then he rolled out a statement saying, ‘I stand with you.’" 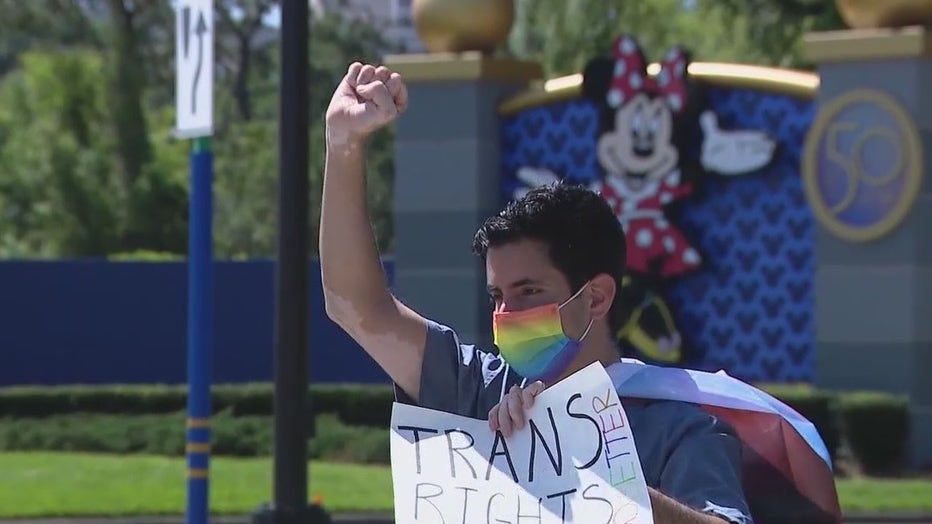 The bill bans the discussion of sexual orientation or gender identity in schools for children between kindergarten and third grade.  Florida Gov. Ron DeSantis answered a question about the walkout earlier in the day.

"It’s a free country, do what you believe in, but understand if you’re out protesting this bill, you are by definition putting yourself in favor of injecting sexual instruction to five, six, and seven-year-old kids," said Gov. DeSantis. "I think most people think that’s wrong. I think parents think that’s wrong."

Walt Disney World released this statement Tuesday which read, in part, "We oppose any legislation that infringes on basic human rights, and stand in solidarity and support our LGBTQIA+ cast, crew, guests and fans who make their voices heard today and every day."

Chapek has since apologized to employees and paused all political contributions in Florida.

The governor has not yet signed the bill but said he will "relatively soon."