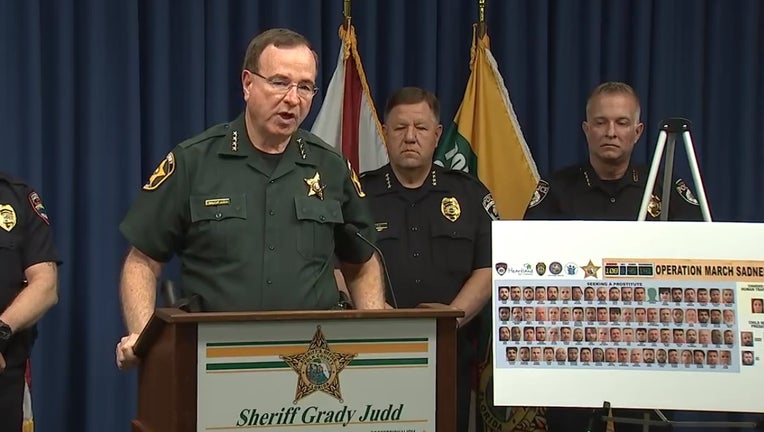 "Xavier Jackson, 27, worked as a lifeguard at the Polynesian Resort for Walt Disney. Judd said Jackson sent inappropriate photos of himself and messages to an undercover detective who pretended to be a 14-year-old girl. He was charged with three counts of transmitting harmful material to a minor and one count of unlawful communication," CBS News reports.

"The three others, who were allegedly attempting to solicit a prostitute, were identified by Judd as: Wilkason Fidele, 24, who worked at the Cosmic Restaurant at Walt Disney World's Tomorrowland for four years; Shubham Malave, 27, who is on a visa citizenship from India and worked as a software developer for Disney; and Ralph Leese, 45, who spent nearly four years working in IT for Disney," the report reads.

Undercover detectives communicated online with the suspects and arranged for a meetup at a location where they were arrested after their arrival.

One couple traveled as far as Bradenton to receive $1,000 for sex, FOX 13 Tampa reports.

"The arrests of a human trafficker and four child predators alone makes this whole operation worthwhile," Polk County Sheriff Grady Judd said during a news conference Wednesday. "Where there is prostitution, there is exploitation, disease, dysfunction and broken families."