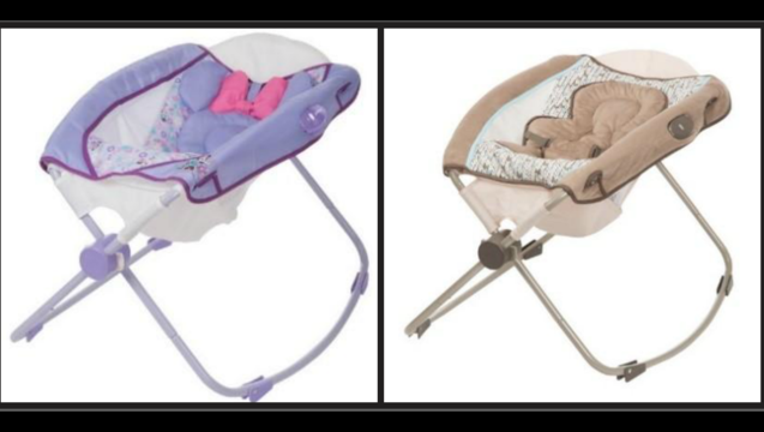 NEW YORK (AP) - About 24,000 Disney and Eddie Bauer baby sleepers are being recalled on concerns that infants could roll over and suffocate on them.

No injuries were reported for the sleepers, but similar ones by other brands have been linked to deaths after infants rolled over from to their backs while unrestrained. In April, Fisher-Price recalled 4.7 million infant sleepers after more than 30 babies died in them over a 10-year period.

The U.S. Consumer Product Safety Commission says anyone who owns the Disney and Eddie Bauer sleepers, which were both made by Dorel Juvenile Group, should stop using them and reach out to Dorel for a refund.

Both were sold for $60 at Target, Kmart and other stores nationwide from November 2014 to February 2017.

AP contributed to this report.