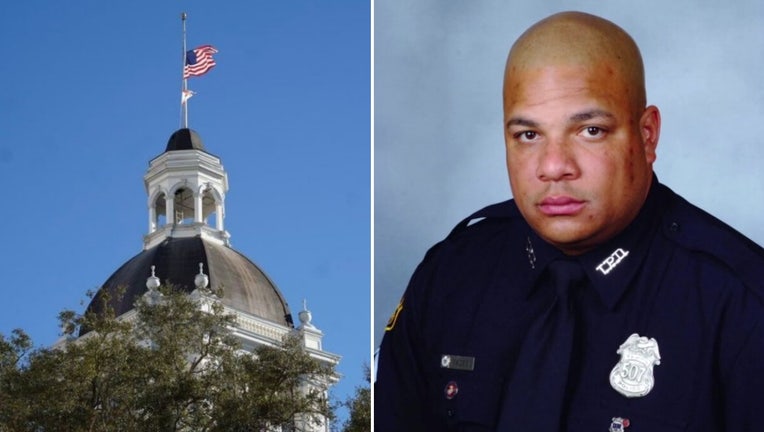 TAMPA, Fla. - Flags will be flown at half-staff on Tuesday in honor of fallen Tampa police officer Jesse Madsen.

Flags in those locations will be flown at half-staff from sunrise to sunset on March 16, the day Officer Madsen is laid to rest.

Madsen was killed in the line of duty last week when he purposely swerved into the path of a speeding wrong-way driver on I-275. Police Chief Brian Dugan said Madsen sacrificed his life to save the lives of other drivers on the highway.

Madsen received seven Life-Saving Awards from the Tampa Police Department in his 16 years on the force. He served his country as a US Marine and a member of the Army Reserve, and was awarded multiple medals and honors during his military service.

"Officer Madsen will be remembered as a highly decorated hero who sacrificed his life for the safety of others," DeSantis' order read.