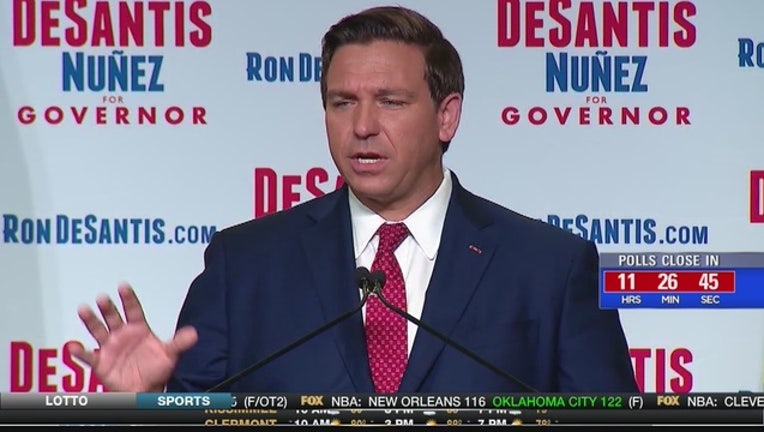 THE NEWS SERVICE OF FLORIDA - Gov.-elect Ron DeSantis continues to dip into the Florida House as he pieces together his administration, with the latest move recommending Rep. Danny Burgess to serve as executive director of the state Department of Veterans’ Affairs.

Burgess, a former Zephyrhills mayor who is a captain and judge advocate in the U.S. Army Reserve, tweeted Saturday the nomination to head the veterans’ department “is an absolute honor.”

“Thank you @GovRonDeSantis for nominating me for this role,” Burgess tweeted. “Let’s continue to ensure Florida sets the standard as the most veteran friendly state in the nation!”

Burgess, whose appointment requires approval from the state Cabinet, would replace Glenn Sutphin, who is paid $151,000 a year.

The Burgess recommendation, announced Saturday, followed DeSantis naming Rep. Jared Moskowitz, D-Coral Springs, to serve as director of the state Division of Emergency Management and Rep. Halsey Beshears, R-Monticello, to serve as secretary of the Department of Business and Professional Regulation.

Special elections will be called to replace Burgess, Moskowitz and Beshears once they formally submit resignations.

Corcoran, who ran the House the past two years, is also one of four chairs of DeSantis’ transition team, which is helping the incoming governor make appointments and stake out positions on policy issues.

Nuñez, a Miami Republican, was Corcoran’s speaker pro tempore, a top post in the House, and then was selected as DeSantis’ running mate.

For example, former Rep. Jake Raburn , who decided against seeking re-election this year, is on the Transition Advisory Committee on the Environment, Natural Resources & Agriculture, which also includes former House Speaker Steve Crisafulli among its more than 40 members.

Former Rep. Bob Cortes, who lost a re-election bid this year, is on the Transition Advisory Committee on Education and Workforce Development.

On Friday, the transition team announced James Blair and Adrian Lukis as deputy chiefs of staff. Blair was an adviser to Corcoran, and Lukis was a senior adviser in the House.

Chris Clark, a former chief of staff to Gaetz, is the DeSantis transition team’s director of recruiting.

Gaetz’ son, Congressman Matt Gaetz, a Fort Walton Beach Republican who served in the state House from 2010 to 2016, is also a chair of the transition team.

The News Service of Florida contributed to this story.