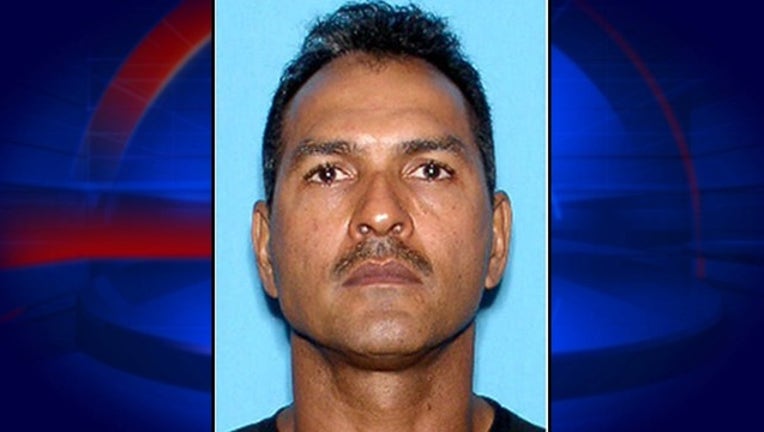 VERO BEACH, Fla. (FOX 35 WOFL) - The Indian River County Sheriff's Office reports that they are searching for a homicide suspect who allegedly killed his wife in Vero Beach before fleeing to South Florida.

They sheriff's office says that at approximately 7:45 a.m., deputies responded to a home on 102nd Avenue in Vero Beach. A 45-year-old female, identified as Vicky Torres, was found dead inside the home. Evidence leads detectives to believe that her husband, Pedro Torres, killed her before fleeing to South Florida.

The sheriff's office has issued a B.O.L.O. (Be On the Look Out) for Pedro Torres, who is believed to be driving a gray Nissan two door 350Z car bearing Florida tag EGIX72. Torres is known to frequent Broward County and is believed to be somewhere in that area.

Indian River County Sheriff Deryl Loar stated, "Tragically, we have experienced another domestic violence homicide in our county. We know that domestic violence is a crime that spans all socioeconomic boundaries. We are working with our partners in South Florida to locate and apprehend Pedro Torres so he can be held accountable for this crime."

The Indian River County Sheriff's Office partners with SafeSpace Inc., the only certified domestic violence shelter and outreach organization on the Treasure Coast.

If you or someone you know is living in a domestic violence situation, the sheriff's office encourages you to call 1-800-500-1119.

Anyone with information on the whereabouts of Pedro Torres is asked to call 9-1-1 immediately. Deputies believe Torres to be armed and should be considered as dangerous. You can remain anonymous and possibly be eligible for a reward of up to $3,000 by contacting Treasure Coast Crime Stoppers at 1-800-273-TIPS (8477) or by visiting their website HERE.