LAKELAND, Fla. - It was a rough start to the week at Kathleen High School in Lakeland. Hundreds of students protested outside the school, and as tensions escalated, law enforcement was called in to keep the calm.

The students showed up before sunrise, holding signs, chanting and generally getting rowdy. They say they are upset over their new principal, Daraford Jones, who just got to the school this year, and apparently laid down the law.

Some kids feel he is too extreme.

"The principal had told them they couldn’t dress out or be close to each other on homecoming. It upset them. They wanted to change that, so they wanted the principal to leave, or change what he was doing in the school," one student explained.

Students also say the school has drawn the line at being late.

"They lock the doors before periods, so if you are locked and late, you have to go out and get in trouble," another student complained. "You can’t be a second late." 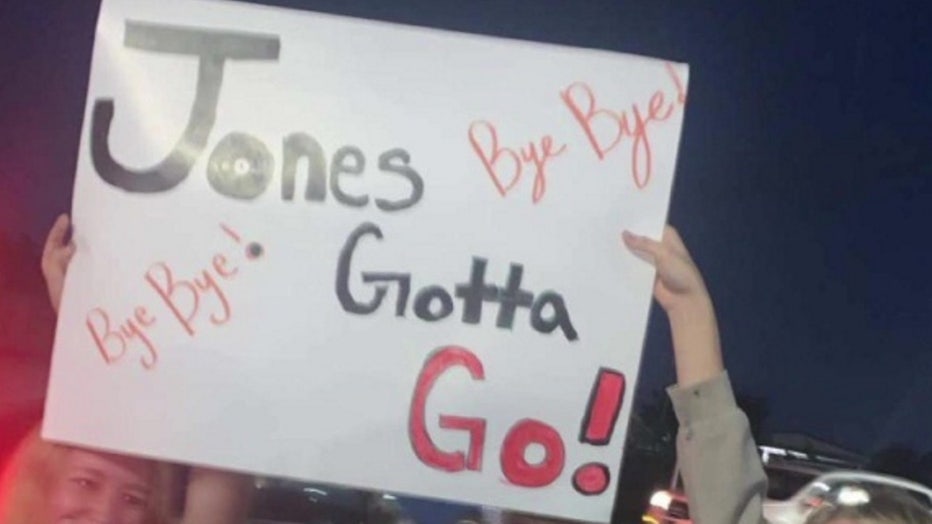 The Polk school district issued a statement that said, in part, "We are working with all KHS stakeholders to address their concerns…Although this morning’s demontration was largely peaceful, some students were arrested for causing a disruption that interfered with the  school’s ability to operate."

In all, 15 students were arrested:

There were social media reports of damage to the school, but deputies have not confirmed that.