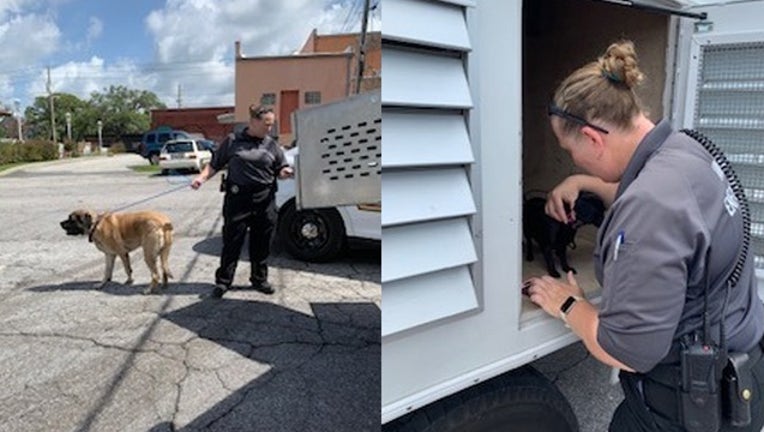 The Hernando County Sheriff's Office said that on Thursday morning, deputies and animal enforcement officers responded to a parking lot near the First Methodist Church in Brooksville regarding two dogs locked in a hot truck.

Upon arrival, deputies said that the temperature inside the truck was 110 degrees Fahrenheit. Deputies forced entry into the truck and rescued the dogs, which were a black Chihuahua and a fawn mastiff. They were taken to the Hernando County Animal Services for evaluation by a veterinarian.

The owner of the dogs came to retrieve them later and was cited by animal enforcement officers for leaving them in a hot vehicle.