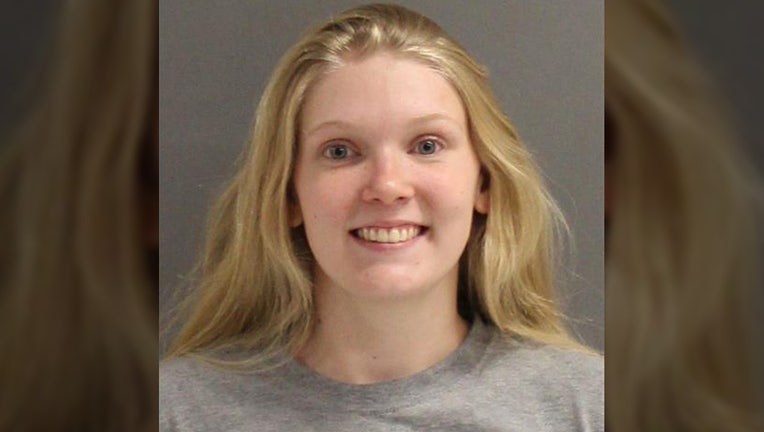 Isabell Lewis has been charged with three felonies after deputies say the 19-year-old shot a home with a BB gun.

According to the incident report, the victims were playing on Xbox Live with friends on October 30 when Lewis and her boyfriend started shouting into the microphone about a $40 disagreement with the victims.

Officials say Lewis made threats about shooting up their home.

Around 11 p.m., residents on Lake Mamie Road in DeLand said they heard a loud bang from inside their home.

Deputies believe Lewis drove past the victim’s house, shot a BB gun at their car and home, which shattered a glass door and damaged a vehicle.

“It’s just mind-boggling that this is how you solve an argument on Xbox Live, and again, 'Thank God it wasn’t a real firearm,'” said Sheriff Mike Chitwood. "Enough damage was caused by the BB gun, let alone that."

On Thursday, Lewis was arrested and charged with three felonies.

Sheriff Chitwood said teens should think about the consequences before acting.