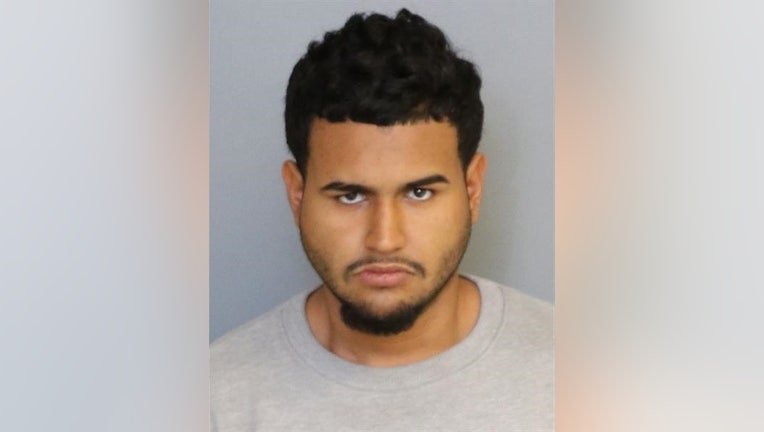 OSCEOLA COUNTY, Fla. - An adult and two juveniles are behind bars on no bond, accused of breaking into a woman's home and holding her at gunpoint.

It happened on Thursday at a home in the Morningside Acres subdivision, according to the Osceola County Sheriff's Office.

The victim told deputies that she was woken up by three armed men wearing masks in her bedroom.

She says the suspects grabbed her and searched her home while holding her at gunpoint.

While deputies were searching the area, investigators say an anonymous caller reported three people in the area of Royal Palm Drive shooting guns off in a backyard.

The sheriff's office chopper searched the area and located three people matching the description of the suspects and their vehicle.

Deputies say the suspects were standing in the backyard with their car, which had the stolen gun safe inside.