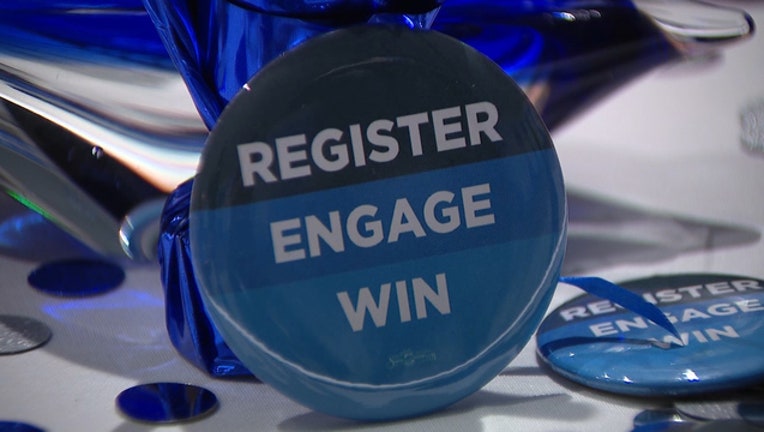 ORLANDO, Fla. (NEWS SERVICE OF FLORIDA) - The Florida Democratic Party’s biggest event of the year wrapped up this weekend with a debate over whether the party should push for semi-open primaries and Election Day voter registration as soon as 2020.

The issues were considered as Democrats plot ways to win the nation’s largest battleground state in next year’s presidential election and focus on registering voters and fixing mistakes made in 2018.

However, only one of the proposals was backed by the party’s executive committee, which endorsed a resolution that would allow Floridians to register to vote and cast ballots on Election Day.

That resolution would require the Republican-controlled Legislature and Gov. Ron DeSantis to approve changes to state election laws.

“It is unrealistic to expect this Republican Legislature to pass such a progressive initiative,” said former Miami-Dade County Democratic Party Chairman Juan Cuba, who has recently voiced concerns with current party leadership.

Even those who supported the resolution saw it as more of a symbolic effort to increase voter participation in next year’s elections, rather than a do-able plan.

“I think this is more a statement of principle,” said Sen. Gary Farmer, a Fort Lauderdale Democrat who added he does not see Republican lawmakers passing such a bill. “The only thing we can control on our own is the primary process.”

High-profile Democratic figures and some party activists are seeking to revamp how primaries work in Florida, the nation’s largest swing state. They want to allow non-party affiliated voters to cast ballots in Democratic primaries. The proposal, pushed by Miami-Dade Democrats, did not receive the necessary support to pass Sunday as the state party ended its annual Leadership Blue weekend gathering.

“I think the vast majority of the room was opposed based on the standing ovation given by the public,” Farmer said. “The Rules Committee will do a deeper dive.”

Support is building for the proposal, however. Former Congresswoman and 2018 gubernatorial candidate Gwen Graham tweeted Monday that non-party affiliated voters “should be able to vote in Florida’s primaries in all 67 counties.” Sen. Annette Taddeo, D-Miami, also backs the idea.

“As a proud Democrats, Ds will end up with stronger general election candidates and more wins when it matters --- in November,” Graham tweeted.

Steve Simeonidis, chairman of the Miami-Dade Democrats, wanted the state party to change its rules to allow non-party affiliated registered voters to cast ballots in all Democratic primaries, including the presidential primary scheduled for March 17.

“They would likely not permit it, as it’s counter to Florida statute,” he said. “We would sue, and win based on clear precedent from the United States Supreme Court in Tashjian v. Republican Party.”

In that 1986 case, the U.S. Supreme Court ruled in favor of Connecticut Republicans, who alleged a state law mandating only registered party members could participate in primary elections violated the party’s rights as guaranteed in the U.S. Constitution. The court ruled 5-4 in favor of Republicans, finding that Connecticut law infringed on those rights.

Cuba said he supports a semi-open primary in Florida because it could enfranchise 3 million voters, which includes hundreds of thousands of black and Hispanic voters. But Matthew Isbell, a veteran Democratic consultant, argued allowing non-party affiliated voters to cast ballots in the primary could dilute the black vote, because fewer black voters are NPAs.

“The large majority of these (non-affiliated) voters agree with us on policy, but they have lost hope in our broken political system,” Cuba said. “We shouldn’t punish them for that. We need to meet them where they are.”

Isbell said a red flag in the Miami-Dade party’s proposal was a reference to California’s primary system. California’s “jungle primary” allows the top two candidates with the most votes to face off in the general election, regardless of party.

"This can lead to two folks from the same party advancing, which may sound good in a safe seat, but can also happen in a swing area or statewide depending how many candidates run,” Isbell said.

Isbell added that he would be in favor of allowing non-party affiliated voters to have a say in primary elections but made clear he is against letting members of parties help pick nominees for their opponents.

“This can lead to shenanigans,” he said. “They shouldn’t be referencing California because depending on the context, we are talking a different system. That’s a great way to lead to confusion.”

“Consider the word primary, it is party-based,” he said. “We have parties for a reason.”