A controversial Halloween decoration is raising eyebrows in one Central Florida neighborhood.

DELTONA, Fla. - A Deltona woman says her neighbor's Halloween decorations are racist, but the person who put the decorations up claims they were meant to send a message against police brutality.

A Facebook post is gaining traction on social media of a Halloween decoration claiming it to be racist.

On the front lawn of the Deltona home, there were decorative skeletons with crosses above them, with the names, George Floyd, Breonna Taylor, Tamir Rice, Philando Castile and others. 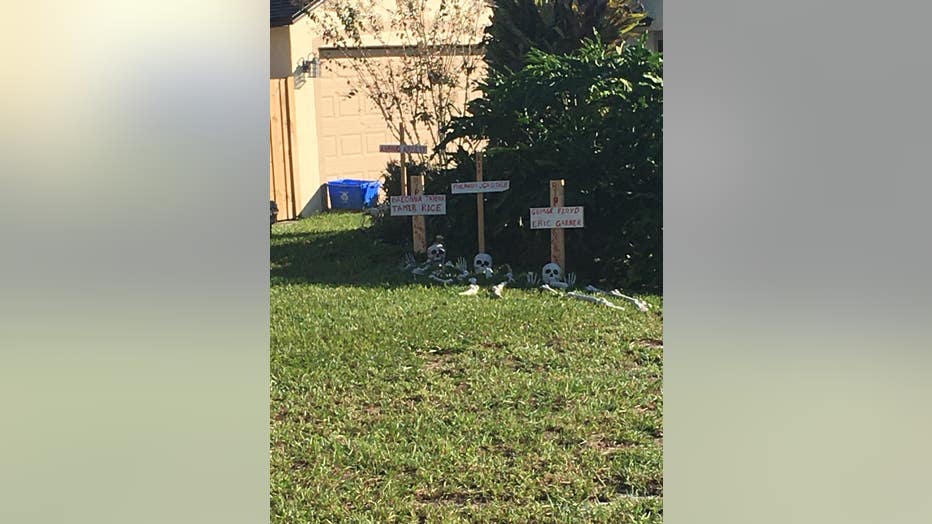 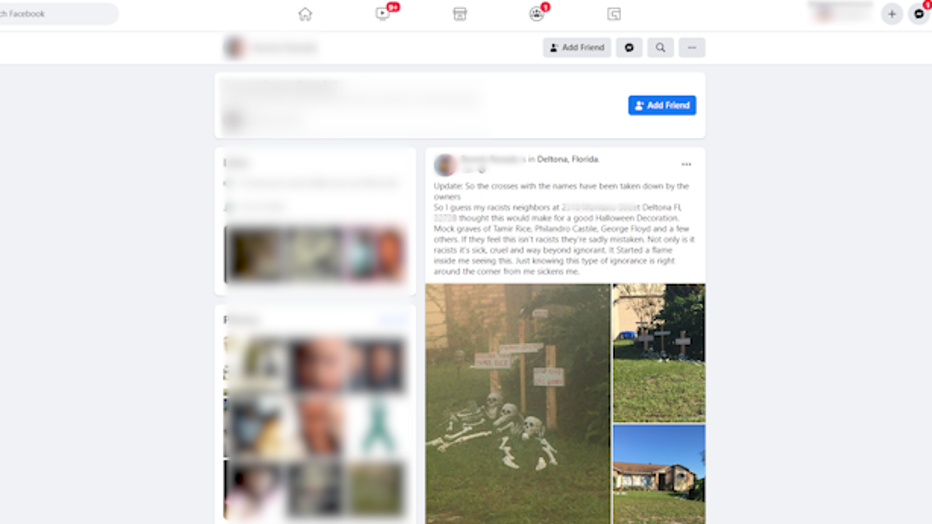 The woman saying they are racist said in the post, "If they feel this isn't racist, they're sadly mistaken. Not only is it racist, it's sick, cruel, and way beyond ignorant."

Lyndon Joseph, a black man, put up the decorations in front of his Deltona home. He says he didn't have bad intent.

"I made these crosses with the signs of people who lost their lives due to brutality with police. I know someone came by and took that in the wrong way," Joseph said. "It wasn’t my intention to make light of anything. It was my way to put out there that people see more of what’s going on, the injustice of what’s going on."

Joseph said someone stole the crosses from his yard this afternoon. He says there have been threats made to him on social media and that he's now worried about his safety.