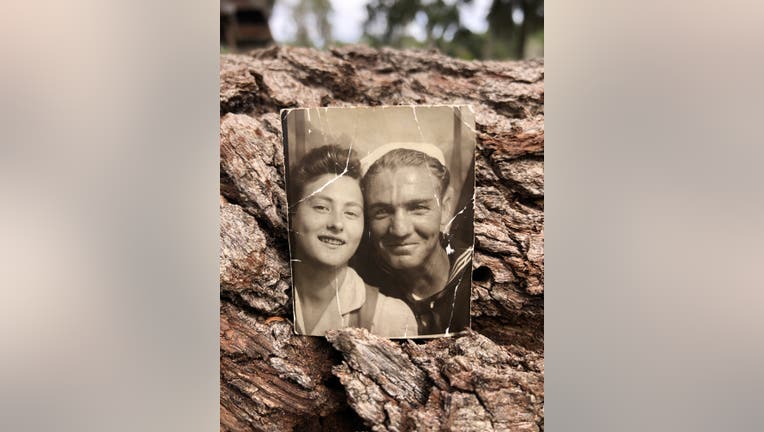 DELAND, Fla. - Do you recognize the man and woman in the photo above?

DeLand resident Melissa Nicholson is trying to reunite this photo with its owner.

When she looks at the photo, she thinks of big bands and shore leave, carnivals and photo booths.

She says she imagines a love that blossomed while the world was at war.

Do you recognize the man and the woman in the photo?

“I mean, he was probably on leave, came to visit, they saw a photo booth, might not be even someone they ended up together with, who knows?” she said.

Nicholson and a co-worker found the photo under a cash register at a DeLand Winn-Dixie where they work.

“She found it underneath a receipt machine she has there and showed it to me,” Nicholson said. “She started talking about it and I'm the Facebook one, so she said to take a picture of it and put it on Facebook and see if we can find who it belongs to.”

They don't have much to go on.

There's nothing written on the back, and there are no clues in the picture itself.

There is just a smiling woman and a sailor in uniform.

“I have no problem visiting someone and saying, 'Hey! Is this yours?' You know, no problems, whatsoever. I want to get it back to whom it belongs to,” Nicholson said.

She thinks it fell out of someone's wallet or purse while they were standing in the checkout aisle.

She just wants to get the photo back to whoever lost it.

“I'd love to see somebody, even if it's just a relative, get it back,” Nicholson said.

She said she's keeping the photo safe until it gets back into the right hands.