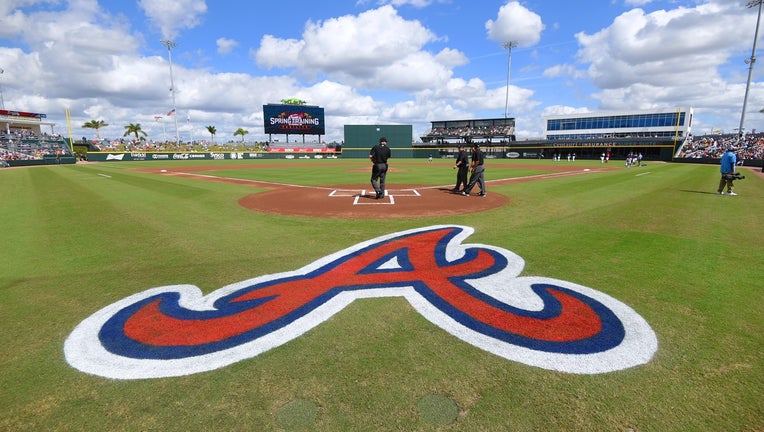 A general interior view of CoolToday Park during the Spring Training game between the Detroit Tigers and the Atlanta Braves at CoolToday Park on February 23, 2020 in North Port, Florida. The Tigers defeated the Braves 5-1. (Photo by Mark Cunningham/M

The Atlanta Braves said they will start an 18-game exhibition schedule against the Minnesota Twins next Friday at CoolToday Park in North Port, Florida. It will be one of nine games at the team's spring training facility in Southwest Florida.

PUTTING 'SPRING' IN SPRING TRAINING: HERE IS WHAT WEATHER AWAITS AS BASEBALL BEGINS

The following is the Braves' spring training scheduled released Friday:

All times are TBA.

Tickets can be purchased through Ticketmaster or at Braves.com/SpringTraining.

The Braves' home opener at Trusit Park is on Opening Day on April 7.