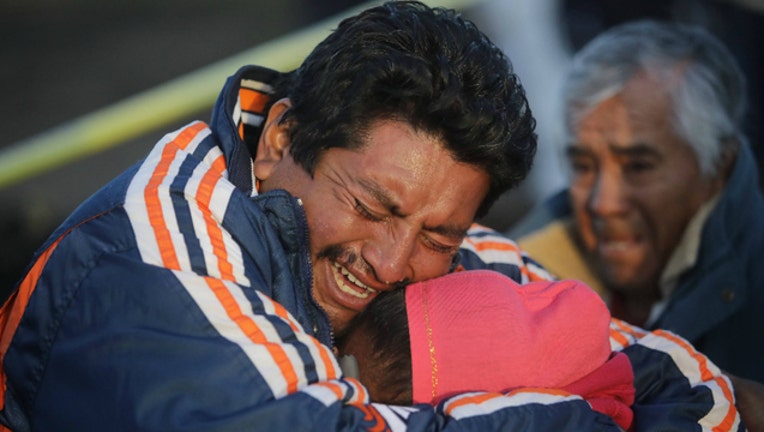 PEMEX announced that the explosion was caused by the illegal manipulation of the pipeline, as minutes before the accident videos were shot where people could be seen filling drums and car fuel tanks. (Photo by Hector Vivas/Getty Images)

Dozens more people on Saturday were listed as missing a day after a massive fireball erupted at an illegal pipeline tap in the small town of Tlahuelilpan, about 62 miles north of Mexico City. Fayad said at least 73 others were injured in the blast.

Fuel thieves had drilled into the pipeline, causing the leak in the small town, according to state oil company Petroleos Mexicanos, or Pennex.

Some victims had burns over 40 percent to 90 percent of their bodies, officials told the Los Angeles Times.

Graphic video footage showed flames shooting high into the air against a night sky and the pipeline ablaze. Screaming people ran from the flames, some of them on fire and waving their arms.