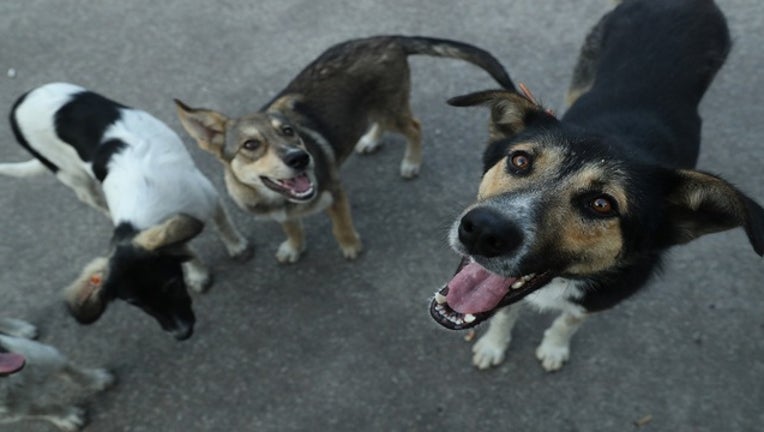 FOX NEWS - In headlines that mirror a horror flick, an elderly dog in Russia recently shocked its owners when it returned from the grave, alive and well, after being accidentally buried alive.

Two sisters in the village of Novonikolsk, Primorsky Krai, recently buried their 18-year-old dog named Dik after he remained motionless “for a long time,” apparently having passed away in his sleep, International Business Times reports.

The heartbroken owners took the pooch to a local pet cemetery and said what they thought would be goodbye forever — but Dik had other plans.

Reportedly laid to rest in a shallow grave, Dik was able to dig himself out of the earth, and was soon found “exhausted” on the side of a road by passersby. The rescuers took the pup to Otkroi Svoe Serdtse (Open Your Heart) animal shelter, where officials shared photos of the lost dog to social media, according to The Daily Mirror. Catching wind of the news, Dik’s overwhelmed owners were able to retrieve him again.

“Dik’s owners thought that he was dead after failing to wake him up,” Irina Mudrova, head of the shelter, said of the unbelievable story, as translated by The Sun. “Fortunately, they buried him not deep underground and he managed to get to the surface after regaining consciousness.”

“His owners, two elderly sisters, came to take him home and cried. They were very grateful and donated $80 to our shelter.”

Social media commenters in Russia, meanwhile, were quick to liken the tale to the big screen reboot of Stephen King's 1983 "Pet Sematary," which premiered in American theatres on April 5.

In the horror flick, a family’s life unravels when they bury their pet cat in a spooky animal graveyard in the woods behind their new home – and the feline returns from the dead.

“I wonder, have Dik’s owners read Pet Sematary? Are they afraid for their lives?” one cheeky commenter wondered, as per The Sun.