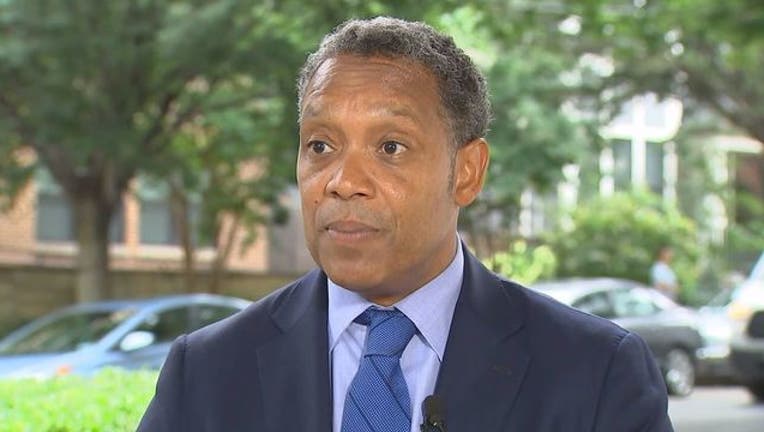 WASHINGTON (AP) - The District of Columbia has fired the latest legal salvo against Facebook with a lawsuit seeking to punish the social networking company for allowing data-mining firm Cambridge Analytica to improperly access data from as many as 87 million users.

The complaint filed Wednesday by Washington, D.C., Attorney General Karl Racine alleges that Facebook misled users about the security of their data and failed for years to properly monitor third-party apps.

"We're seeking to hold Facebook accountable for jeopardizing and exposing the personal information of tens of millions of its users," Racine said. "We hope this lawsuit will ensure Facebook takes better care with its data."

Facebook said it's reviewing the complaint and will continue to hold discussions with Racine and attorneys general scattered across the country who have raised red flags about the company's mishandling of personal information.

The lawsuit is the latest blow to Facebook in a year fraught with privacy scandals and other problems for the world's biggest social network.

Facebook already has been buried in an avalanche of other lawsuits filed in federal and state courts, as well as regulatory investigations in both U.S. and Europe into whether the company has violated laws by repeatedly allowing unauthorized access to the personal information of the nearly 2.3 billion people on its private network.

Most of the headaches began in March after revelations that Cambridge Analytica, which had been working with the 2016 campaign of President Donald Trump, had been able to vacuum up potentially valuable information about U.S. voters off of Facebook profiles.

That bombshell triggered congressional hearings and changes in what sorts of data Facebook lets outside developers access.

The Washington lawsuit alleges that about half of the District of Columbia's roughly 700,000 residents had their data scooped up by Cambridge Analytica in violation of local laws. That is a relatively small number, but the case could attract outsized attention, given it will unfold in the nation's capital, where U.S. lawmakers are mulling imposing new regulations restricting how much personal information Facebook and other internet companies can collect on their mostly free services.

"Every time we see another lawsuit, or investigation, it helps keep attention on what has been happening and should help create a framework for holding Facebook accountable," said Mike Chapple, an associate teaching professor of information technology, analytics and operations at the University of Notre Dame. "People are getting fed up with having their information mishandled."

It remains unclear, however, whether the allegations that are being made against Facebook in the District of Columbia and in other complaints were against the law at the time, said Dora Kingsley Vertenten, professor of public policy at the University of Southern California.

"It looks like they are throwing spaghetti against the wall and seeing what sticks," she said.

Facebook has repeatedly assured lawmakers, regulators and the media that it is battening down its hatches in an effort to do a better job preventing unauthorized access to the pictures, thoughts and other personal information that its nearly 2.3 billion users typically intend to share only with friends and family.

But revelations of more privacy lapses continue to crop up, sometimes through breakdowns that Facebook has periodically disclosed, such as a software flaw that improperly exposed the photos of about 7 million users, or other times though media investigations such as a New York Times report documenting the company's agreements to share its audience's information with its partners, including Microsoft and Netflix.

With each breakdown, Facebook risks losing credibility with both its audience and the advertisers whose spending generates most of the company's revenue. That threat has spooked investors, causing Facebook's stock price to plunge by more than 24 percent so far this year, wiping out more than $100 billion in shareholder wealth.

Some of the lawsuits allege Facebook misled investors as its privacy problems unfolded. Other lawsuits, as well as regulatory inquiries by the U.S. Federal Trade Commission and the Irish Data Protection Commission, are focused on Facebook's sharing of personal information with other companies. Depending on how they turn out, the lawsuits and government probes could cost Facebook billions of dollars more in penalties.