Police believe a body found inside a vehicle in Fort Pierce, Florida is that of the man who they say shot and killed an employee at a shop at the Orlando International Premium Outlet.

ORLANDO, Fla. - Cheryl Everett is heartbroken and can’t stop crying.  She is still coming to terms with all that’s happened this week.

Police labeled her son, Daniel, “armed and dangerous,” after they say he killed his former co-worker, Eunice Vasquez, hours after getting fired from the Under Armour outlet store at the Orlando International Premium Outlets.

That same morning of the shooting, she said she had received a sweet card in the mail from her son.

“It was the best. I got a surprise card from him in the mail saying he loved me. 'Hi mom.'  Just a mom card.  It was like he knew I needed that card that day to lift my spirits,” Everett said.

She called to thank Daniel for the card as he was driving to work.  A short time later Daniel called her saying he had been fired.

“He might have been crying. I don’t know. He just didn’t sound like himself. He was very upset,” Everett said.

Police said Daniel sent an email to his former co-workers minutes before going into the store and shooting Eunice Vasquez.  They said it listed names, phone numbers, email and addresses for the people he believed were responsible for getting him fired.   After leaving the store that final time, he called his mom and asked her for her new email address.

“He said I have to send you an email now mom because there’s stuff you need to know. I asked him what happened and the phone started clicking off,” Everett said.

That’s the last time she heard his voice.  She said the Daniel that killed his co-worker is not the "real" Daniel.

“It’s a shock to anybody who knows Danny.  He was well-loved, well respected. He’s protective, caring loving. He’s a big guy, but he’s a big teddy bear."

“He loves his family. He adores his daughter,” she said. 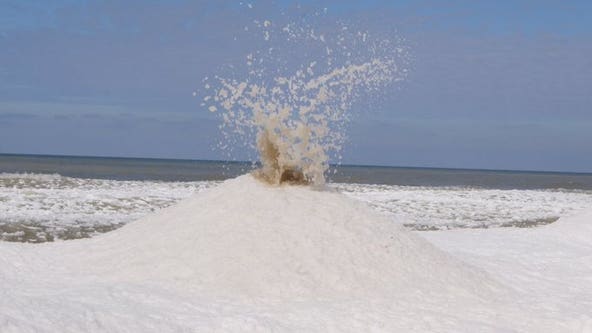