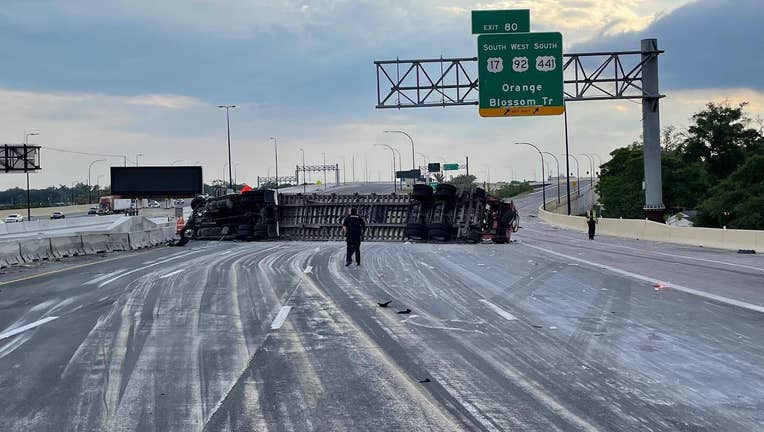 An overturned truck shut down portions of Interstate 4 in Orlando on Tuesday, May 11, 2021.

ORLANDO, Fla. - Westbound lanes of Interstate 4 were closed for an extended period early Tuesday evening due to a crash involving a car and semi-tractor-trailer truck

Traffic was diverted at Michigan St. after the truck overturned near the Orange Blossom Trail interchange, spilling a load of granite on the roadway, according to authorities.

The Orlando Fire Department responded to the scene.  At least two people in a car were injured and one was taken to a hospital in critical condition.

The interstate reopened around 9 p.m. after being shut down for approximately two hours. 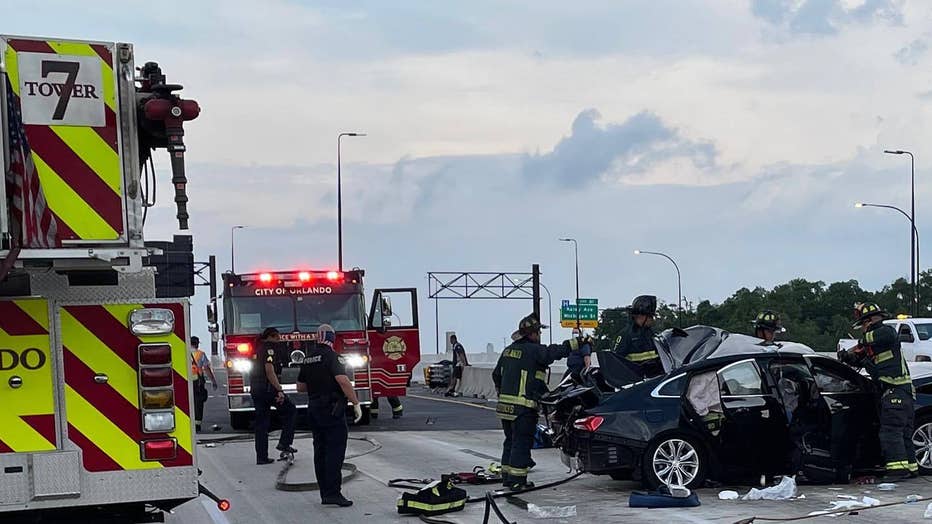